Michigan Representation in the NFL 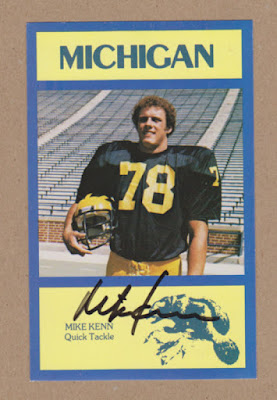 A couple weeks ago, I undertook the tedious task of examining Michigan’s Combine participation and Draft position since 1999. Fortunately, there was a bit more information readily available when I decided to review Michigan’s rank among schools that have produced the most NFL talent. For a historical perspective, Pittsburgh Steeler blog Behind the Steel Curtain ranked the top 25 producers of NFL players all-time, which included this top five:

1. Notre Dame
2. USC
3. Ohio State
4. Michigan
5. Penn State
That post was published nearly 11 months ago – which is as good as yesterday when looking at NFL history. But when looking at schools’ representation of active players, the fluid nature of NFL rosters causes the Behind the Steel Curtain article and their placement of Michigan at #6 to already be outdated. According to ESPN, Michigan currently has only 27 active NFL players, placing them outside of the top ten, behind schools like California and Maryland and far behind the most well-represented schools, such as USC (49) and Ohio State (44). And as you saw in the article linked above, Michigan’s participation in the Combine and selection in the Draft has been on the decline in recent years, too.
So if you’re looking for yet another (and less publicized) reason to be pleased with Brady Hoke, here you go. Given the type of offense being implemented, players being recruited, and general direction of the program, it appears that Michigan will soon be back to their old ways of regularly churning out NFL talent. That leads to an advantage in recruiting and is undoubtedly an asset to the program. But most of all, it’s just awesome.