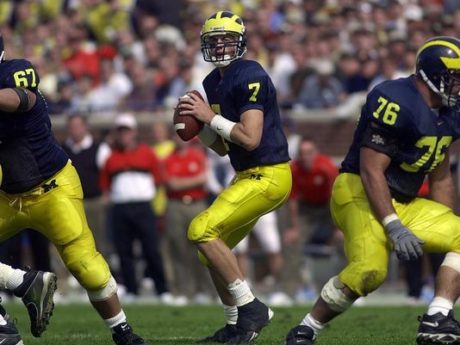 END_OF_DOCUMENT_TOKEN_TO_BE_REPLACED

LB Jordan Anthony (Troy): Troy went 5-7 this season. Anthony made 4 tackles in a 37-10 loss to Georgia State. He finishes the season with 35 tackles and 0.5 tackles for loss.

Devin Asiasi, TE (UCLA): Overall, Asiasi caught 44 passes for 641 yards (14.6 yards/catch) and 4 touchdowns as UCLA went 4-8. Asiasi declared for the NFL Draft despite having one year of eligibility remaining.

Kekoa Crawford, WR (Cal): Crawford caught 2 passes for 29 yards in a 35-20 win over Illinois. Crawford made a total of 16 catches for 272 yards and 2 touchdowns this season. He was leading Cal in receiving early in the year, but an injury caused him to miss seven games.

I like Brady Hoke, so I hope he finds success at SDSU again:

BREAKING: Rocky Long is expected to step down at San Diego State. The plan is for DL coach Brady Hoke to take over the program, per sources.