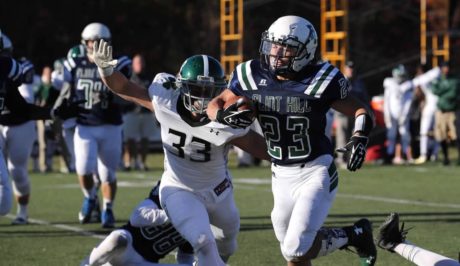 Gastonia (NC) Hunter Huss cornerback Tony Davis, a Duke commit, was offered by Michigan. He’s a 6’1″, 186 lb. prospect with offers from Duke, Florida, Georgia, and North Carolina, among others. He’s a 4-star, the #31 cornerback, and #355 overall. He committed to the Blue Devils in December of 2017, but two crystal ball picks have come in since that time that have him flipping to North Carolina.

Oakton (VA) Flint Hill running back Jordan Houston was offered by Michigan. He’s a 5’9″, 190-pounder with offers from Maryland, Penn State, Pitt, and Virginia Tech, among others. He’s a 3-star, the #7 all-purpose back, and #632 overall. As a junior in 2017, he had 1,971 rushing yards and 25 touchdowns, and he averaged 34.0 yards/catch on 10 receptions, adding 4 touchdowns. All eight crystal ball picks have him heading to Virginia Tech.

Hit the jump for several players who went off the board this week.

END_OF_DOCUMENT_TOKEN_TO_BE_REPLACED 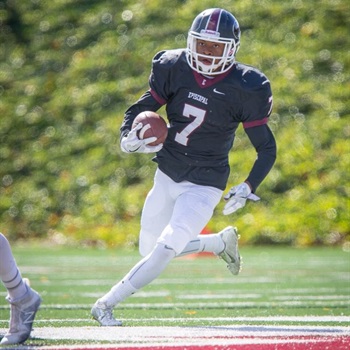