Effects of Coaching Carousel on Michigan 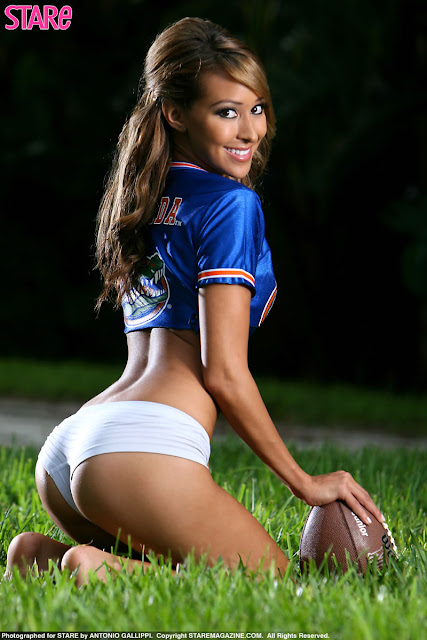 Several coaches from schools around the country have been fired, retired, or resigned recently, and some of those coaching situations may have an impact on Michigan.  Here I’ll discuss the ways in which the departures of Urban Meyer (Florida), Randy Shannon (Miami), and Dave Wannstedt (Pitt) might impact the situation in Ann Arbor.  I don’t think any of them necessarily signify impending doom for Rich Rodriguez (Urban Meyer isn’t coming to Ann Arbor), but they might affect the Michigan program in smaller ways.

RECRUITING
All three schools I’m going to focus on harbor Class of 2011 commits who have Michigan offers.

The three players in the above lists who have shown the most interest in Michigan are Showers, Jarrett, and Kline.  Showers is from Michigan, and the other two seemed to be giving the Wolverines a fair look before committing to become Panthers.  Assuming that Florida’s head job is filled by someone with Florida roots (Mississippi State’s Dan Mullen, Louisville’s Charlie Strong), I doubt that many Gator commits will waver.  However, Pittsburgh’s open job will likely be filled by an outsider, and that means Jarrett and Kline might be ripe for the picking.  Jarrett has reportedly sent out feelers to other programs, including Michigan, and Kline had Michigan in his top few schools at one point.

GATOR BOWL OPPONENT
Urban Meyer’s intentions are to coach the Florida Gators in the Outback Bowl on New Year’s Day.  However, just like Michigan did with Rich Rodriguez back in 2007-2008, Meyer’s replacement might be hired prior to January 1.  That guy might be Mississippi State’s Dan Mullen.  And even though Mullen is familiar with the landscape of Florida and has only been gone from Gainesville for a season, I’m not sure that Florida’s athletic director would want to sacrifice several weeks of recruiting right near the end of the cycle.  I would not be surprised to see Meyer’s replacement hired within the coming week; if Mullen’s the guy, he probably won’t be coaching the Bulldogs on January 1.

Of course, that doesn’t mean that Mississippi State would be a mess for the bowl game.  Going back to that Michigan/West Virginia situation in 2007-2008, interim head coach Bill Stewart led the Mountainers to a 48-28 victory over #3 Oklahoma.

MICHIGAN’S COACHING STAFF
It’s practically a foregone conclusion that, at the very least, defensive coordinator Greg Robinson will be gone before the 2011 season.  If it doesn’t happen prior to the bowl game, it will happen soon after.  But with the tenuous status of the entire coaching staff at Michigan, it’s not like some coordinator out there is going to accept a job at Michigan this very instant.  For now, Robinson is the guy.

None of Pitt’s staff is likely to come to Michigan, but the Miami and Florida staff changes may have an effect.

Randy Shannon was a very good defensive coordinator for the Hurricanes for six seasons before becoming head coach.  He also has NFL experience with the Miami Dolphins, so heading back to the NFL isn’t out of the question.  Shannon seems like a long shot to come to Michigan as a coordinator, especially because Michigan has a tradition of underpaying coordinators.  Athletic director David Brandon might signal a new regime by shelling out some dough for a big-name coordinator, but I have my doubts.

The availability of these guys is largely based on speculation and connections to Michigan, so I don’t have any inside sources saying that David Brandon is pursuing these guys.  However, they seem like fairly logical choices to replace Greg Robinson at Michigan.  As I said in a prior post about Rodriguez’s future in Ann Arbor, I stated that one of the caveats should be that a defensive coordinator should be hired and Rodriguez should be told to keep his hands off the defensive side of the ball.  Shannon, Bedford, and Heater have the experience and credibility to come in and run their systems without too much blowback.

All of these dominos are unlikely to fall, but they’re things to consider as Michigan likely searches for a defensive coordinator and staff this offseason.