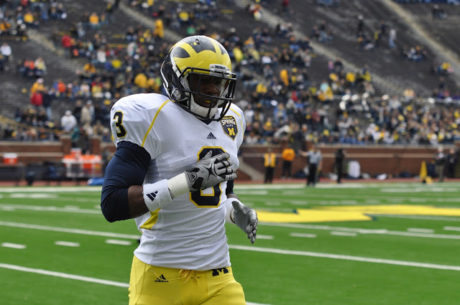 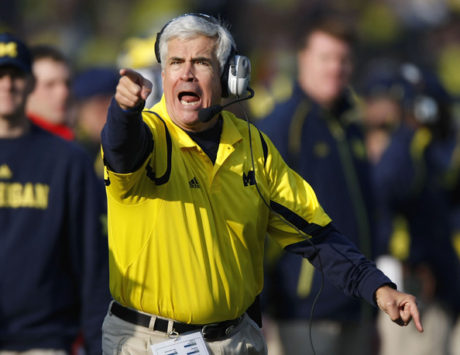 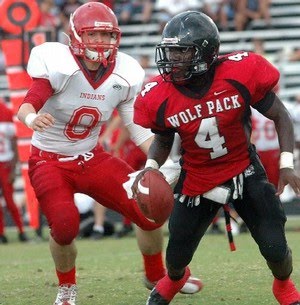 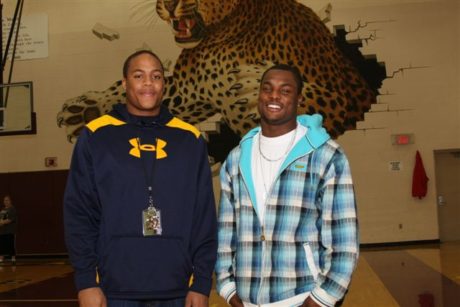 DE Isaiah Bell: Bell, who started at defensive end for Lake Erie College, had a big game for the Storm. He had 2 tackles, 1 sack, forced 1 fumble, and returned it 97 yards for a touchdown. Lake Erie beat Wayne State by a score of 35-17.

CB Dallas Crawford: Crawford, now a running back for the Miami Hurricanes, had a big game this week. He had 5 carries for 48 yards and 2 touchdowns on the ground, along with 1 catch for a 5-yard touchdown. And that wasn’t even against the backups – Crawford scored the first, fourth, and sixth touchdowns of the day. Miami beat Bethune Cookman by a score of 77-0.

S Vladimir Emilien: Emilien had 2 tackles as a backup safety in Toledo’s 38-17 victory over Central Michigan.

S Carvin Johnson: Johnson had 9 tackles and 1 pass breakup, but Hampton lost to Coastal Carolina by a score of 50-17.

S Marvin Robinson: Robinson had 9 tackles in Ferris State’s 34-7 victory over Ashland. Robinson leads the team in tackles with 25.

S Ray Vinopal: Vinopal started at free safety and had 9 tackles in Pitt’s 58-55 victory over Duke.

CB Adrian Witty: Witty had 3 tackles in Cincinnati’s 14-0 shutout over the Miami RedHawks. 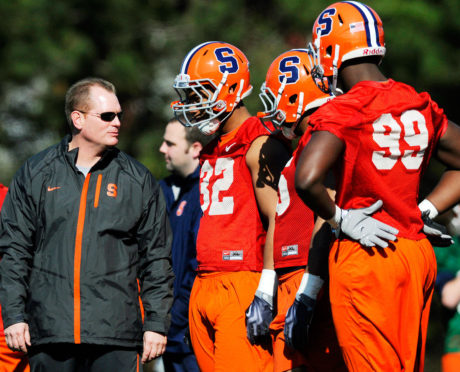 S/LB Isaiah Bell: Bell, who started at defensive end for Lake Erie College, had 5 tackles in a 56-49 loss to Ferris State.

Defensive coordinator Ron English: Now the head coach at Eastern Michigan, English is 1-2 after a 28-10 loss to Rutgers on Saturday.

S Carvin Johnson: Johnson, who started at strong safety for Hampton, had 9 tackles and 1 pass breakup in a 30-27 loss to Tennessee Tech.

LB Kaleb Ringer: Ringer, a backup linebacker for Ferris State, had 4 tackles and 1.5 tackles for loss in the win over Lake Erie.

WR Jerald Robinson: Robinson had 3 catches for 71 yards, including a 20-yard touchdown reception, in a 25-14 Walsh University victory over Northwood.

S Marvin Robinson: Robinson started at safety for Ferris State and notched 15 tackles, .5 tackles for loss, and 1 pass breakup in the win over Lake Erie.

Head coach Rich Rodriguez: Arizona won a 38-13 game over the University of Texas-San Antonio. The Wildcats are now 3-0.

Defensive coordinator Scott Shafer: Shafer, now the head coach at Syracuse, had his first victory as a head coach with a 54-0 decision over Wagner. The Orangemen are now 1-2 after previous losses to Northwestern and Penn State.

S Ray Vinopal: Vinopal started at safety for Pitt and had 5 tackles in the victory.

CB Adrian Witty: Witty, a starting safety for Cincinnati, had 3 tackles in a 66-9 win over Northwestern State.