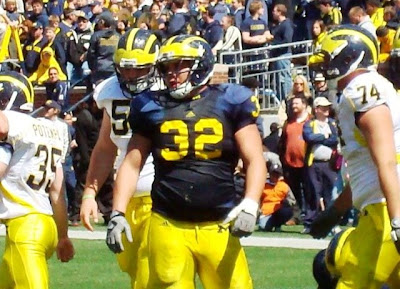 Helmuth is the only scholarship player on the team to be brought in as a fullback. The problem is, he’s now a defensive tackle. He was a fullback/defensive end in high school, played some DE in practices last fall, and this winter he ate a lot of pizza and turned into a DT. Reports suggest that he’s well behind the other nose tackles on the roster, but as a former running back, he does have some agility and speed that the others lack. I would not expect to see him much on defense, but that speed and size could be used on punt coverage and in the return game.