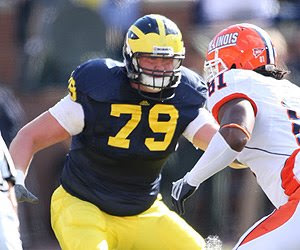 Dorrestein was Michigan’s top backup tackle last year. He started three games at LT and one at RT with the constant reshuffling and the injuries to Mark Ortmann and Steve Schilling. However, buzz from spring practice makes it seem as though Dorrestein is in a fight with Patrick Omameh to remain the first tackle off the bench. Dorrestein played pretty well in his limited duty, and while he probably won’t play a lot, he’s not a huge liability if there’s an injury to the guys ahead of him.