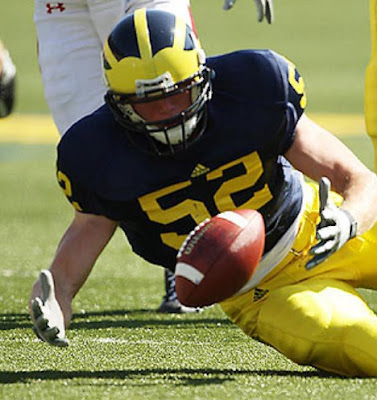 Rich Rodriguez has stated that he wants to get contributions from walk-ons, and Leach is one of those guys. Depth is thin at linebacker, but Leach was getting mentioned all last year as a guy who could play if needed. He probably won’t play much defense in 2009, but he’s capable of making plays on kick coverages.