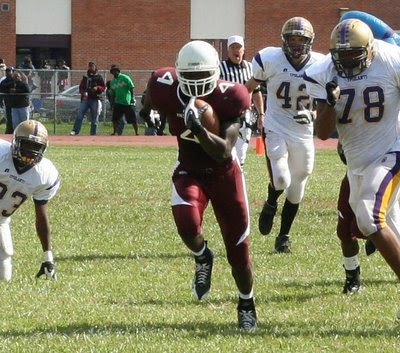 Wide receiver Cameron Gordon will be a true freshman in the fall. A high school teammate of Devin Gardner’s at Inkster, Gordon stands 6’2″ and 211 lbs. He caught 49 passes for 863 yards as a senior, but also made 126 tackles with 5 sacks and 5 interceptions from the linebacker position. He said he wanted a shot at playing WR, but I think he’ll eventually end up at linebacker (he could play safety, but I think he’ll be too big).
The potential position switch notwithstanding, Gordon is blocked for playing time by several wide receivers for the time being. He has good hands but lacks the ability to separate from college defensive backs, so I think he’s the most likely freshman to receive a redshirt this year.