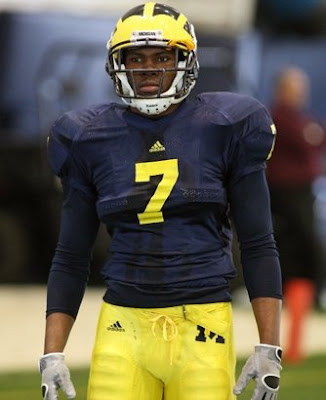 Hawthorne, a sophomore safety, should have redshirted in 2009. He didn’t see any game action after September, having only participated on special teams coverage units in the first four games. Perhaps Hawthorne suffered an undisclosed injury, but it seems odd to burn a kid’s redshirt only to run down the field a dozen times.

Hawthorne was a practice time backup SAM last year, but has since been converted to safety. When Vladimir Emilien tweaked his knee in the spring, Hawthorne moved from strong safety to free safety and backed up Cameron Gordon playing center field. I doubt that #7 will be playing free safety at any point this season, as I don’t think he has the speed to cover a deep portion of the field. He’s also a backup at strong safety and seems to be in no danger of winning a starting job this season. But I do expect him to run down the field maybe two dozen times this year. Maybe he’ll even make a tackle or two.