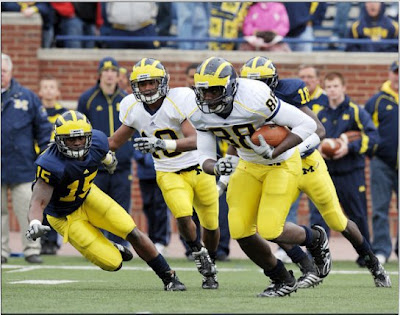 Moore was a pretty big deal coming out of high school. He was a big, very athletic tight end. He mostly split out wide as a high schooler, so in-line blocking has been an adjustment for him. But he’s packed on 17 lbs. since last year and might have improved in that area. At 260 lbs., he’s currently the biggest tight end on the roster. I’m not sure if that’s a good thing or not.

Despite Moore’s newfound weight and excellent athleticism, I still expect him to be the third tight end on a team that doesn’t use the tight end very much. Both Kevin Koger and Martell Webb have played ahead of Moore for the past two seasons, and I don’t know why that would change now. He’s actually ranked lower this year, but that’s largely because last year’s team only had about 70 scholarship players (as opposed to the 80+ on the roster this year) and there are a handful of freshmen in line for playing time on defense.