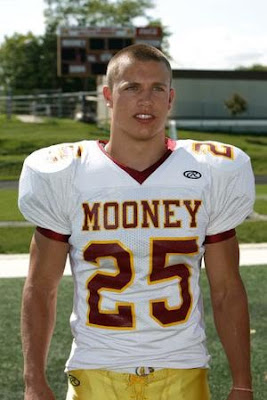 Vinopal was a somewhat controversial addition to Michigan’s 2010 recruiting class. Fans weren’t too excited about a small-ish safety that reminded many of current Michigan safety Jordan Kovacs, who made the team as a walk-on. And I don’t mean to pass the buck, because I was one of those who lacked excitement. But he’s a Wolverine now, so hopefully all Michigan fans are rooting for him to be successful.

That being said, Vinopal is probably going to watch from the sidelines in 2010. He’s likely headed for the free safety position, which is currently a battle between Cameron Gordon, a buzz-worthy redshirt freshman, and Vladimir Emilien, a sophomore who’s still recovering from a torn ACL he suffered in high school. Unless injuries and/or horrid play plague those two, there hopefully won’t be a need for a third free safety. Then Vinopal can spend his time working on getting taller.