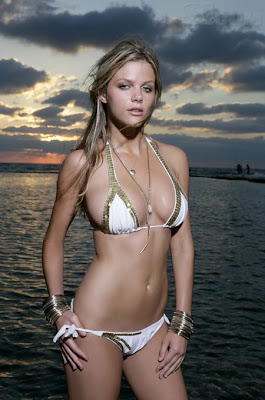 Okay, so I realize the above photo isn’t Stephen Hopkins or Austin White. However, Hopkins’ high school uniforms looked like Ohio State’s, and White’s high school mascot was the Spartans. So I’m not putting pictures of them up here.

Hopkins is a 6′, 235 lb. running back from Flower Mound, Texas. With both Brandon Minor and Kevin Grady graduating after this past season, Michigan was in need of another big back. According to Fred Jackson, Hopkins can play both fullback and superback. As an early enrollee, he might work himself into good enough shape to contribute as a freshman. But his ceiling seems to be somewhat limited due to his lack of speed. He may not be a “fullback” in the truest sense of the word, but I don’t think he’s headed for feature back territory.

White, on the other hand, is a 6′, 186 lb. running back from Sterling Heights, MI. He’s probably not the type of running back who will earn Heisman hype like Noel Devine and Steve Slaton did at West Virginia, but he has solid skills. His best asset might be his ability to catch the ball, but Michigan doesn’t use its running backs as pass receivers very much. White might be the first running back under Rodriguez to consistently earn playing time both at running back and slot receiver, flip-flopping back and forth between plays. While his skills won’t wow anybody, he could be a solid option in a variety of ways.

Predictions: Hopkins will not start, but will earn playing time as a short yardage back or a fullback in the fall. If Vincent Smith can return to decent playing form in 2010 after tearing his ACL against Ohio State, I expect Austin White to redshirt. Hopkins plays a position where there is more immediate need, whereas White would presumably be behind Michael Shaw, Fitzgerald Toussaint, Michael Cox, and potentially Vincent Smith. Teric Jones and Kelvin Grady could also figure into the mix at running back, so there’s no need to play both freshmen in 2010.

Grade: B. I’m not extremely impressed with either running back, and I don’t think either one has all-conference potential. This is somewhat disappointing, because none of the backs on the current roster have established themselves as big-time players, either. But I think both will be serviceable as spot starters or as role players throughout their careers.