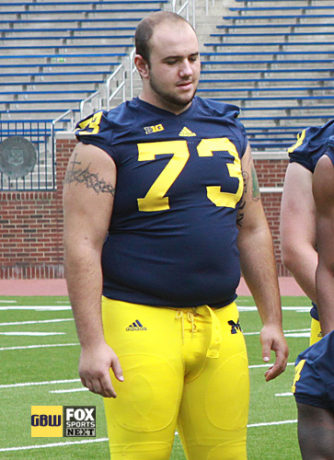 There isn’t much to say about Fox at this point. He tore his ACL toward the end of his senior season and his conditioning went south, so redshirting as a freshman was a no-brainer. Partly because of that, he finds himself behind several of his classmates. Fox does not appear to be on the two-deep and will probably be watching from the sideline yet again this year. It may be a long road for him with so many young players having earned experience last season. Backup right guard Joey Burzynski is the only senior on the offensive line, so the guys who are in line to start have two or three years remaining. While Fox came in to college expecting to play tackle, he was playing guard in the spring.