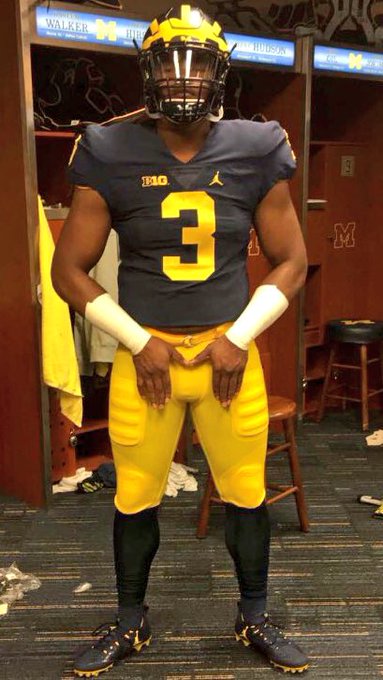 There’s not much to say about Rashan Gary that hasn’t been said a hundred times. He was: an All-American, an Under Armour All-American, a Paramus (NJ) Catholic product (the alma mater of Jabrill Peppers and the former team of current linebackers coach Chris Partridge), and the consensus #1 player in the country. Everybody and his mother thought Gary was the most college-ready defensive lineman they’ve seen in years. He’s big and fast and athletic and – everyone’s favorite descriptor – he’s technically sound! Yeah! Michigan seemed like the front-runner for a long time until Clemson made it scary at the very end. He said later that he didn’t know whether he would pick the Wolverines or Tigers until he walked out on stage to announce on national television, but luckily he picked the good guys.

Unable to enroll early, Gary didn’t arrive on campus until June. Early reports on his abilities have been positive. Sam Webb issued a gut feeling this summer that Gary would start at Anchor (a.k.a. strongside defensive end), and that makes some sense. Michigan is a little thin at the defensive end positions, and Taco Charlton has moved to weakside end. That means the Anchor position will probably be a rotation of Gary and Wormley, and the next option would be to move Charlton to Anchor while inserting Chase Winovich and/or a freshman at weakside end. That being said, there are other guys who could probably play strongside end in a pinch (Matt Godin, Maurice Hurst, Jr.), and Gary is likely to have a few growing pains while getting used to Big Ten competition. Even if he’s not an All-American right off the bat, he should give the Wolverines some fun moments this year.