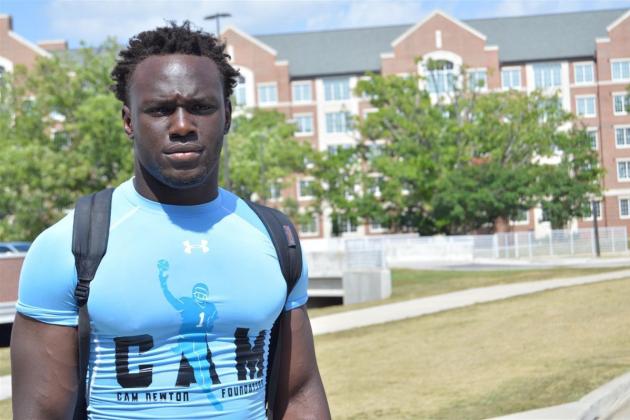 Mbem-Bosse was an early Georgia lean who never got an offer from the Bulldogs. He flirted with other SEC schools, but a dogged late pursuit by new defensive coordinator Don Brown rekindled Mbem-Bosse’s interest in Michigan. He went ahead and committed in January.

At 6’3″ and 232 lbs., Mbem-Bosse might be the most physically ready linebacker in the freshman class. He is a middle linebacker, and starting MIKE Ben Gedeon is the most proven player on the inside. Michigan is going to be looking for a player who can replace Gedeon in 2017, and it’s a good idea to get experience for your linebackers. Mbem-Bosse’s fellow freshman, Devin Bush, also has a good chance to play at the WILL spot. I think there’s a chance that Mbem-Bosse redshirts, but with no clear backup to Gedeon, it seems likely that he will play this season. Sure, an injury to Mbem-Bosse may put the position in flux, but I don’t think he’s all that ready to be a prime-time contributor right now. If the defense had to reshuffle to get McCray or Noah Furbush at MIKE, I don’t think the team would be negatively affected much.