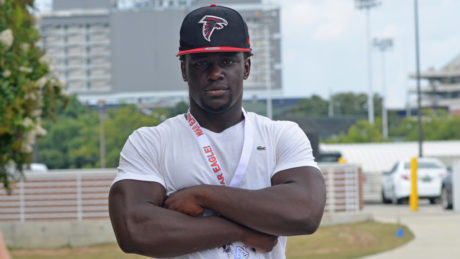 Mbem-Bosse is one of those guys who magically got a lot lighter once he got to college. Listed at 232 lbs. in high school and now pegged at 215, he looked pretty small in 2016 and mainly got special teams time. Don Brown mostly rotated three guys (Ben Gedeon, Mike McCray II, and Devin Bush) at the two inside linebacker positions, and Mbem-Bosse wasn’t even in the conversation.

He still hasn’t been discussed much this spring. Brown is talking about a rotation of McCray, Bush, and walk-on Mike Wroblewski, and there’s always a chance that some of the heavily recruited freshmen jump ahead of him, too. Mbem-Bosse needs to pack on some weight before he’s a viable option at middle linebacker. With McCray and Wroblewski both graduating after the 2017 season, Mbem-Bosse likely has to wait until 2018 or beyond for a real shot at serious playing time.