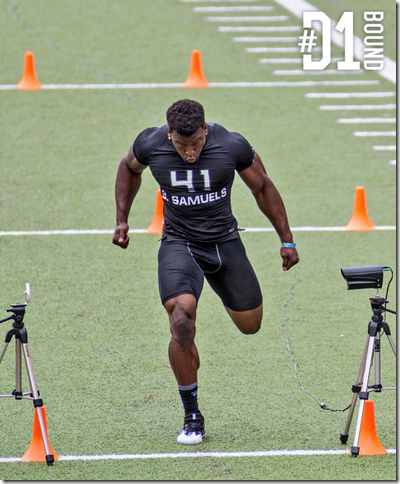 Michigan has lacked a big-play starting running back for a while, although maybe that guy is already in Ann Arbor in the form of Chris Evans. Either way, Samuels has the potential to be a big-play guy in college. His level of competition in New Mexico was not stellar, so there’s a lot of projection going on, but there’s no denying the athleticism. He will almost certainly start off behind Evans, but after that, you never know. Running back is a position where guys can contribute early. I think he’ll start off behind Evans, Karan Higdon, and Ty Isaac, at least, but Michigan rotates running backs and there might be room for some carries for Samuels to see what he can do.