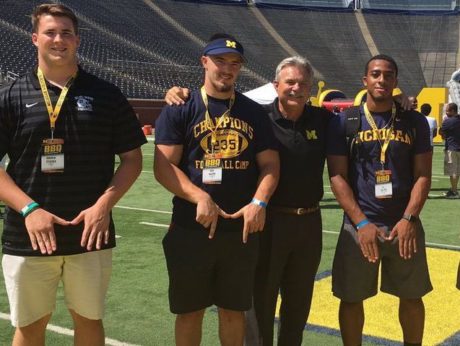 Stueber entered last season as a physically ready offensive lineman. He didn’t need to grow or add any weight, and he might be the most impressive physical specimen Michigan has recruited since Ben Braden. He didn’t play great high school competition in Connecticut, and maybe that giant leap to the college level prevented him from helping. Michigan also stayed fairly healthy on the offensive line last season, at least until everything went down the drain in the bowl game.

This year Michigan has a hole at left tackle (Mason Cole) graduated and a question mark at right tackle. Fans say Stueber is in the running, but insider talk has him a couple spots back. Usually there’s an injury or two throughout a season, and somebody often underperforms. That puts Stueber within striking distance of seeing some times this season. I don’t think he’ll be a starter unless a few bad things happen, but he should start to see some playing time this season.