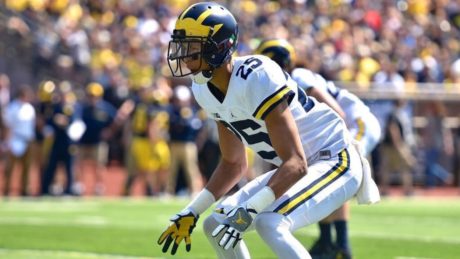 St-Juste was an early enrollee in January of 2017, and he got torched in the spring game by fellow freshman Tarik Black. Based on that performance, it looked like St-Juste would not be a significant contributor in 2017, and that proved to be true. He was used on special teams, but Michigan went with the quartet of Lavert Hill, David Long, Ambry Thomas, and Brandon Watson at the cornerback positions.

All four of those guys are slated to return in 2018, so I see no upward mobility for St-Juste. He appears to be in a holding pattern, and there are several 2018 freshmen lurking, too. St-Juste should play on special teams once again, but defensively, there just won’t be many extra snaps to go around. Watson is a senior and Hill/Long could leave early for the draft, so maybe 2019 will be more sunny of an outlook for St-Juste.