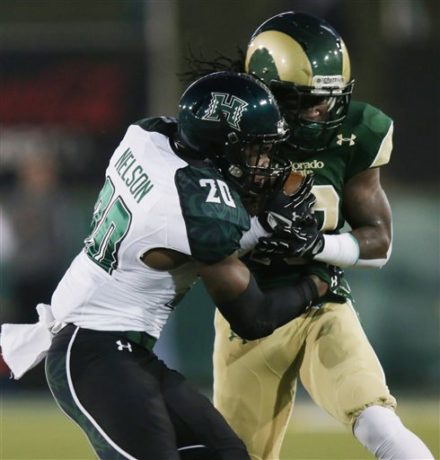 Former TE commit Pharaoh Brown: Brown suffered a gruesome knee injury in the game, but prior to doing so, he caught 3 passes for 40 yards and 1 touchdown. Oregon beat Utah by a score of 51-27. Brown’s season is presumably over, so he finishes with 25 catches for 420 yards (16.8 yards/catch) and 6 touchdowns. You can watch below, but watch at your own risk:

Former head coach Rich Rodriguez: Rodriguez and his Arizona Wildcats beat Colorado by a score of 38-20. Arizona racked up 499 yards on offense, including 153 and and 115 rushing yards by running back Nick Wilson and quarterback Anu Solomon, respectively.

For more updates, check out the Ex-Wolverine Encyclopedia (LINK).