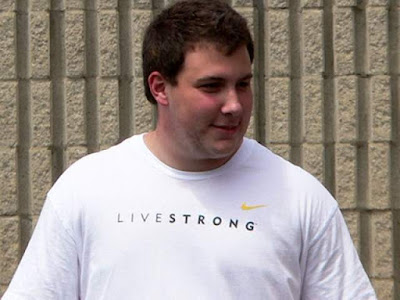 Jack Miller has been around football his entire life. His father, a former Division 2 college football player, introduced Jack to the game at a young age. This early exposure instilled in Miller a love for the sport and led him to begin playing organized football before most of his peers knew what a first down was. Growing up, Jack also watched a lot of the NFL, rooting passionately for the Cleveland Browns. Of course, this made a lot of sense since Jack lived in the exact same neighborhood as several Cleveland Brown players.

“Yeah, I remember all of their names. A lot of them were lineman, guys like Shaun O’ Hara, who now plays for the Giants, or Ryan Tucker, who’s retired, or Ross Verba, who’s retired. There were plenty more – Courtney Brown, who was the #2 pick in the draft. I could go on and on with guys that we knew.”

Wow. That sounds like a nice neighborhood — in more ways than one. But Jack doesn’t live in that neighborhood anymore. Not only did Miller move to Ann Arbor on the 25th of June, but his family relocated from Cleveland to Toledo when he was an adolescent. The distance between the two cities is only a couple of hours, but after Jack made that relatively short travel, he noticed a change among the fans and learned more about the University of Michigan.

“Like I said, I’m from Toledo, but I grew up in Cleveland my whole life, which is completely Buckeye territory. Toledo is a lot more supportive [of Michigan] than it is over in Cleveland. So I didn’t know that much about Michigan…but when I opened up to Michigan more, I realized what a special place it is. And here I am, a few days away from heading up there [to Ann Arbor].”

Jack began “opening up” to Michigan as a recruit by familiarizing himself with the university and building relationships with the coaching staff. But that coaching staff, of course, was fired only weeks before signing day. Viewing Miller as a priority, Coach Hoke didn’t waste any time reestablishing Jack’s relationship with the Michigan coaching staff.

“He [Coach Hoke] was able to come down to my house a few days after he got hired. I was able to talk with him, and I just knew he was the right guy for the job. I really believe that. He’s the kind of guy I want to play for…but as personalities go, I think Coach Hoke and his staff are a little bit more laid-back. They’re a little more easy going. Now they’re going to get after you. I think it’s just a more laid-back, calmer atmosphere.”

Recently, Jack has been busy preparing himself mentally and physically for the upcoming season. More specifically, he said that he was able to score “some film on NFL centers” through his aforementioned “NFL contacts.” It sure doesn’t sound like Jack’s life around football is about to come to an end anytime soon.
– For more on Jack, check out his conversations with TomVH and Kyle Warber.