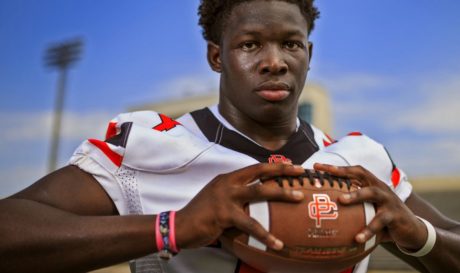 Cam’Ron Kelly – S – Chesapeake (VA) Oscar Smith: Kelly is a 6’1″, 190 lb. prospect and he decommitted from Virginia Tech. He also has offers from Clemson and Penn State, among others. He’s a 4-star, the #13 athlete, and #175 overall. Michigan is not really in the mix.

Hit the jump for several guys who went off the board and some other bits.

Joseph Ngata – WR – Folsom (CA) Folsom: Ngata committed to Clemson. He has a younger brother, running back Daniyel Ngata, who also has a Michigan offer for the 2020 class.

Here’s a list of players who visited for the BBQ at the Big House this past weekend (LINK).