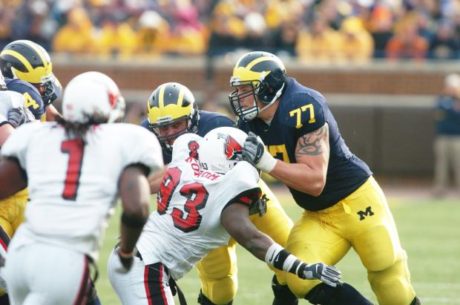 There’s been a lot of talk in the last year or so about the offensive tackle position, largely because Michigan has seemingly struggled to recruit elite tackles. Devery Hamilton flipped to Stanford, Isaiah Wilson brushed aside Michigan for greener pastures in Georgia, and Kai-Leon Herbert stayed home in Florida. That’s not to say the Wolverines have whiffed entirely on tackle prospects – Grant Newsome, Ben Bredeson, Chuck Filiaga, Joel Honigford, Andrew Stueber, and others all would disagree – but those surefire left tackle prospects have been fleeting.

There are certain things I look for when evaluating offensive tackle prospects – not only their skill level, but whether they will have to move to an interior position. The three main categories I look for are below: 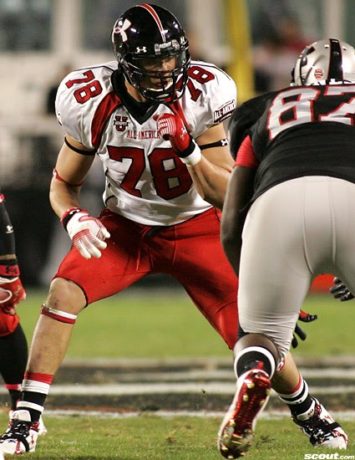 I looked for Taylor Lewan’s senior highlights at Scottsdale (AZ) Chaparral for a good example of attitude, but they seem to have disappeared from the internet. Here’s a pretty good substitute, which is 2017 signee Joel Honigford from Sugarcreek (OH) Garaway. Watch how he moves his feet, blocks to the whistle, and finds multiple defenders to block on the same play:

Here’s a video of Michigan’s best tackle combination in recent years, Taylor Lewan and Michael Schofield, playing against Nebraska in 2013: