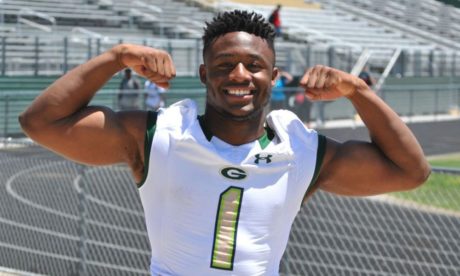 Aurora (CO) Eaglecrest offensive tackle Barrett Miller was offered by Michigan. He’s a 6’5″, 250 lb. prospect with offers from Colorado, UCLA, and Washington, among others. He’s a 3-star, the #44 offensive tackle, and #475 overall.

Hit the jump to see news on several guys who committed elsewhere in the last week or so.

END_OF_DOCUMENT_TOKEN_TO_BE_REPLACED 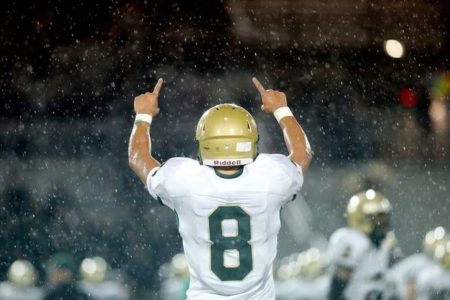 Brooks is a 6’2″, 233 lb. prospect who was committed to Duke at one point. He also has offers from LSU, Maryland, Michigan, Northwestern, Notre Dame, Oregon, and Virginia, among others. He’s a 4-star, the #12 inside linebacker, and #267 overall. He has had a bit of a meandering journey with the Duke commitment, a few different leaders, a few teams slow-playing him, etc. In fact, both Michigan and Notre Dame have pulled back at times. UPDATE: Michigan is no longer pursuing Brooks.

Joel Honigford – OT – Sugarcreek (OH) Garaway: Honigford committed to Michigan in June of 2016 (LINK). This is his official visit.

Oliver Martin – WR – Iowa City (IA) West: Martin is a 6’0″, 188 lb. prospect with offers from Iowa, Michigan, Michigan State, Notre Dame, and Ohio State, among others. He’s a 4-star, the #28 wide receiver, and #170 overall. He played in the U.S. Army All-American Bowl a few weeks ago, and as a senior in 2016, he caught 85 passes for 1,272 yards and 14 touchdowns. He was also Gatorade Player of the Year in Iowa. Michigan had been his leader at one point but backed off when they thought Nico Collins was coming. Now that Collins seems to be headed for Georgia, Michigan has picked things back up for Martin. This will be an official visit.

Hit the jump for some more visitors.

END_OF_DOCUMENT_TOKEN_TO_BE_REPLACED 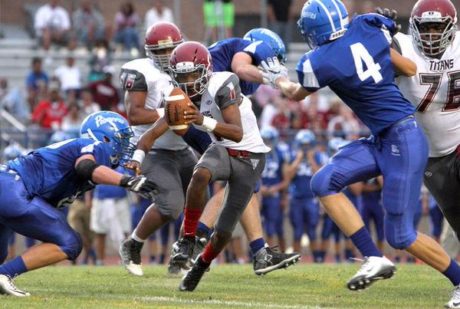