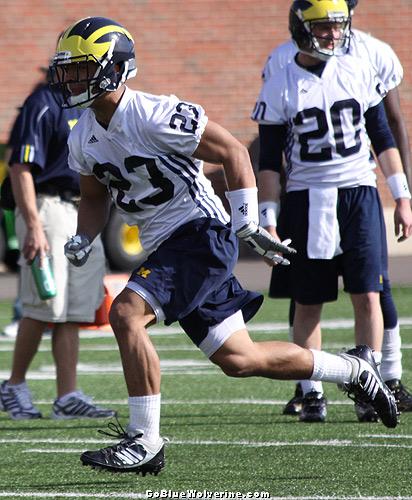 Former Michigan running back Austin White has enrolled at Central Michigan University and joined the football program there.  White was a part of the Class of 2010 and enrolled at Michigan in January 2010, but he clashed with the coaches and got into some trouble over the summer.  White was one of the players who had to “earn his wings” in fall camp, and the two parties decided to go their separate ways prior to the season.