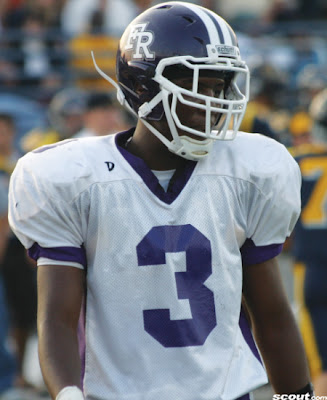 A new NCAA rule has been instituted that might affect the football recruiting world a great deal.

A recent rule change has pushed back the date that NCAA institutions can send out scholarship offers. Through the class of 2011, the date has been September 1 of the player’s junior year. That’s why Fremont, OH, cornerback Greg Brown was able to “officially” commit on September 2, 2009. He received a written offer in the mail at the beginning of his junior year and committed on the spot, even though he wouldn’t be able to sign his binding Letter of Intent until February 2011, midway through his senior year.

The new rule won’t take effect until the Class of 2012. That means that kids who graduate from high school in 2012 won’t receive written scholarship offers until at least August 1, 2011. So while Michigan fans might have been expecting Cass Tech linebacker Royce Jenkins-Stone and Orchard Lake St. Mary’s linebacker James Ross to receive written offers on September 1, 2010, they’ll have to wait almost another full year.

The intent of the rule change is to cut down on the time that recruits suffer through the recruiting process. It can be grueling, and kids have been known to commit earlier than they want, if only to slow down the number of calls, e-mails, and letters they receive. Rather than being pestered for 16+ months, the NCAA hopes that the grueling part of the process will be pared down to a maximum of six months or so. The NCAA is also attempting to prevent decommits, which often leave a football program (think Michigan circa February 2009) hanging out to dry.

However, the effect of the rule change will likely be minimal. Kids will still offer verbal commitments early. It’s a status symbol to say as a sophomore or junior, “Yeah, I’m going to play college ball at ___________.” The difference is that their verbal commitments will only be in response to verbal offers, which don’t always progress to the written kind. So once August or September of 2011 arrives, we might see some players making a mad scramble due to offers that never materialized. That probably won’t affect many kids, but there will surely be a few.

The new legislation won’t make a huge difference, but it’s a step in the right direction for kids who don’t want to deal with 16 months of bedlam.