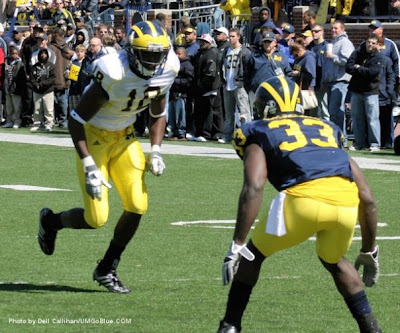 Personally, I think Rogers has got a raw deal so far in his Michigan career. Carr’s staff allowed him to burn his redshirt in 2007, playing him on special teams and sparingly at cornerback. Then Rodriguez moved him to wide receiver in 2008, where he caught 3 passes for 64 yards (a 21.3 yard average) but could barely get any snaps. Perhaps he has attitude issues I don’t know of, but he’s performed well when given the opportunity. He’s not going to make many people miss, but he does have good speed and seemingly good hands. Hopefully Michigan can take advantage of his talents this season.