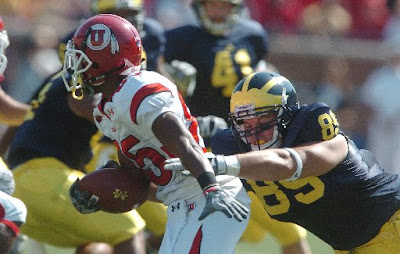 North might seem like an unusual choice to be included higher than several scholarship players, but he’s contributed on special teams and even on defense in 2007, despite being a former walk-on. He’s been good enough to earn one-year scholarships the past couple years and will probably be on scholarship again this season. He’s consistently a presence on special teams units and even though he probably lacks a position in Greg Robinson’s defense (too small for DE, too slow for OLB), you’ll likely see him make a couple tackles in kick and punt coverage this season.