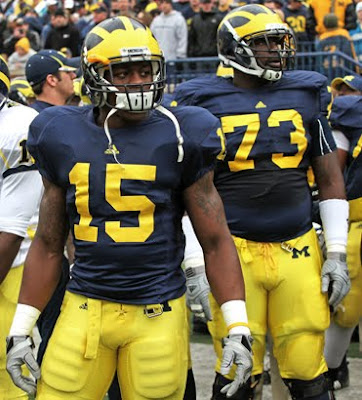 Gordon has made a surprising leap from where he was in high school. At Cass Tech Gordon had been a quarterback on a team that didn’t throw the ball very well or very much. When he learned that he had a good shot at earning a scholarship on defense, Gordon convinced head coach Thomas Wilcher to play him at free safety. But that late-career position change stunted any chance for Gordon to play as a freshman, cementing a redshirt in his first college season. In the spring Gordon moved to Spur, which is similar to the SAM linebacker spot that Steve Brown occupied last season.

He remains the front-runner for the Spur position, as Michael Williams fell out of favor with the coaching staff during spring practices. Williams made 56 tackles in 2009, but his overzealousness and poor coverage opened the door for others. He’s even dropped to third on the depth chart, behind former walk-on Floyd Simmons. Thomas Gordon and Simmons do not seem like extremely viable options at Spur in the long run, but almost everyone in the defensive backfield will be young in 2010. Other talented players are enrolling this fall (Marvin Robinson, Carvin Johnson, and Josh Furman), and they will push for playing time. I expect Gordon to be the starting Spur on September 4th, but I would not be surprised to see him passed up in the coming years.