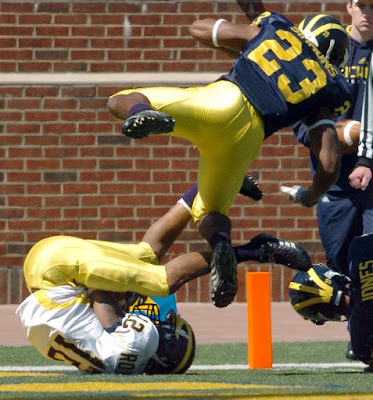 Simmons is pretty high up on this list for being a walk-on. He started off as a practice squad cornerback in 2008. Last season he moved to SAM and backed up Steve Brown, posting 5 tackles. This season he’ll be playing Spur, which is a hybrid strong safety/linebacker. Three different positions in three different years.

Spring practices went well for Simmons, and there was a time that he was considered the frontrunner for the Spur job. By the end of spring, it seemed he was beaten out by Thomas Gordon. Regardless, Simmons is vying for playing time this year. He’ll be challenged by a freshman or two (Carvin Johnson, Josh Furman), but he has the advantage of spending a couple years with the coaches, knowing what they expect, and working with them in the weight room. He’s not a star in the making, but he’s been solid wherever these coaches have deployed him.