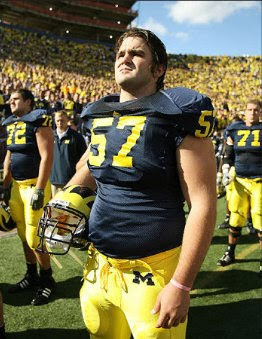 Now Michigan’s heaviest offensive lineman, Mealer spent 2009 working his way back into shape after injuring his shoulder in an automobile accident. In the meantime, he beat out more highly touted linemen like Ricky Barnum and Quinton Washington for a role as a second-string offensive guard. In addition, he was an anchor of the field goal protection unit.

Mealer’s role in 2010 will be reminiscent of his 2009 contributions. He heads into fall camp as the top backup behind starting left guard Steve Schilling. He’s an athletic kid who played some tight end as a high schooler, so he’s able to release to the second level and get blocks downfield. And with that 310 lb. frame, he can excel as a blocker on the field goal unit. This won’t be his year to shine, but that day isn’t far away.