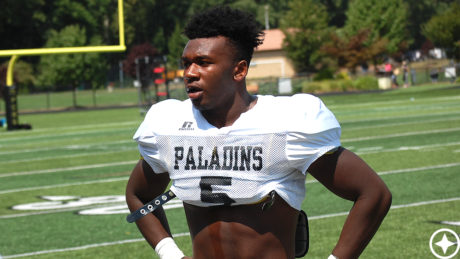 Singleton suffered a torn ACL near the beginning of his senior year, wiping out that opportunity to continue to improve – but he did get a chance to play in Michigan Stadium, where his Paladins played their season opener. Despite the health issue, he still earned enough respect to finish the recruiting cycle as the 247 Composite’s #80 overall player and #4 outside linebacker.

Michigan will have two new starters at linebacker now that Jabrill Peppers and Ben Gedeon have graduated, but Singleton probably won’t be needed. Though he’ll be almost a full year removed from his injury, Michigan kept a short bench at linebacker in 2016 and has several other options. There’s no need to push Singleton into playing until he’s 100% healthy, and even then, he might not be up to speed the other guys. I could see him redshirting or playing a backup role, but either way, he probably won’t be a key player for the 2017 defense.