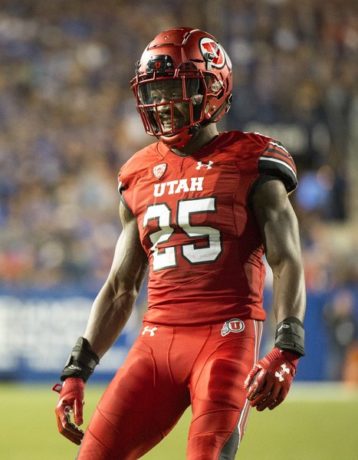 Hughes was a little bit of a surprise graduate transfer addition to Michigan’s defensive backfield. The Wolverines return everyone from last year and are bringing in a large defensive back recruiting class. Meanwhile, Hughes had a starting job at Utah and comes to a school where both starting corners are firmly entrenched, not just guys who are keeping the seat warm for someone better.

So where does Hughes fit? Insiders have suggested that he’s coming in to compete for the nickel defensive back position (currently slated to be Ambry Thomas) and press strong safety Josh Metellus for his role. Metellus struggled a little bit last season, and Thomas is still young, just entering his sophomore year. I don’t think Hughes will play a significant role unless there are injuries, but there’s something to be said for competition and keeping other guys on their toes. Hughes is a solid player, but he’s not going to be a game-changer. I expect him to have a minor role, kind of like when Wayne Lyons came in from Stanford a couple years ago.