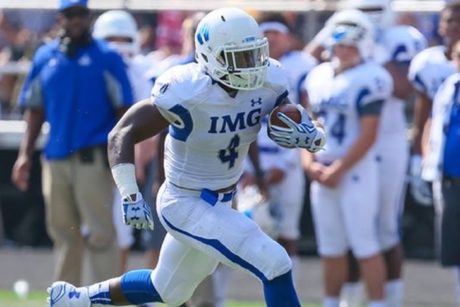 I predicted last year that Anthony would be an early contributor because Michigan doesn’t mind small-ish linebackers, and he’s an athletic kid who could help on special teams. That was a swing and a miss. Michigan did play a freshman linebacker, but it was Josh Ross. Anthony stayed off the field and will be a redshirt freshman this fall.

It’s a total crap shoot with Anthony right now, along with a lot of players, because we weren’t able to see spring practice and there was no spring game. Michigan is trying to replace Mike McCray II, but Anthony doesn’t seem to be in the running to take that spot at WILL linebacker. Otherwise, there’s not much playing time opening up this season. Ross and Devin Gil seem like the most likely options for that spot, and Anthony’s best chance for contributions probably will come on special teams. There’s often room for 235 lb. guys who can run on specials, so that’s where I expect to see him in 2018.