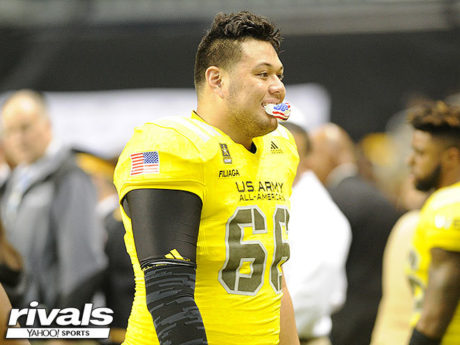 This is a rare occurrence for a highly ranked offensive lineman to actually drop down the chart in year two, but there is a reason, whether you agree or not. Filiaga was highly ranked coming out of high school in 2017, but he was always a guy who needed to a) refine his technique and b) reshape his body. Filiaga was hidden on the bench last season even when the offensive line was really struggling, and there was not much buzz filtering out of Schembechler Hall about him this off-season. He still has potential, but I don’t expect him to be a major factor this season, and he might be limited to offensive guard due to a lack of mobility. Meanwhile, freshmen Jalen Mayfield and Ryan Hayes are more athletic, and Hayes has the flexibility to be a blocking tight end this season.