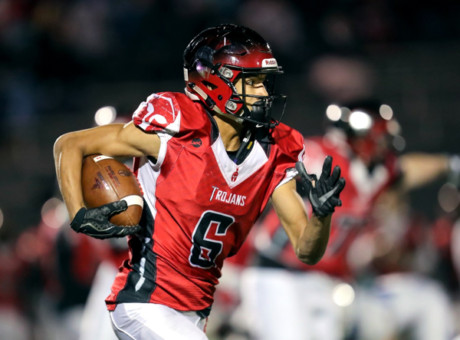 Bell was a very divisive signee back in February. He planned to play college basketball at Missouri State, and he had even signed a National Letter of Intent to play for the Bears (you didn’t know Missouri State’s mascot, did you?). Then Michigan swooped in with an offer to play football, and that changed everything. The small-college basketball player was suddenly a big-time football recruit, and it’s not hard to see why based on his eye-popping numbers (89 receptions, 1605 yards, 21 TD; 15 carries, 163 yards, 1 TD).