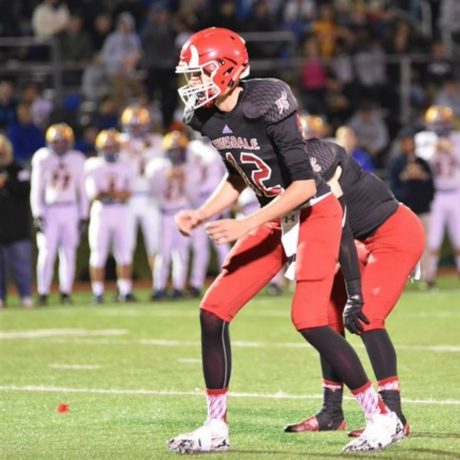 The story is largely the same in 2018 as it was in 2017 for Sessa. Sessa is the abnormally tall, skinny quarterback you saw hanging out with the rest of the quarterbacks in Amazon’s All or Nothing series. He will be a redshirt sophomore in the fall, and he will almost certainly be buried on the depth chart like he was last season. Wilton Speight, Alex Malzone, and John O’Korn have all departed and were ahead of him in the coaches’ eyes. Normally it’s a good thing when three people ahead of you are no longer on the roster, but they were replaced by Shea Patterson and Joe Milton, plus an additional year of weightlifting and experience for Dylan McCaffrey. Brandon Peters returns from last season, too, which means Sessa will be watching from the sidelines again this year.