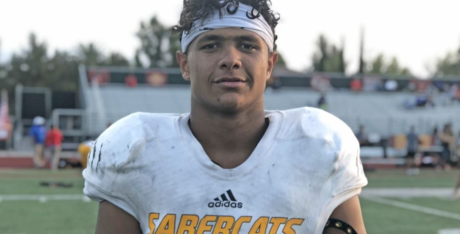 Thaddius Franklin, Jr. – RB – Hollywood (FL) Chaminade-Madonna: Franklin is a 6’0″, 195 lb. prospect with offers from Florida, Oregon, and South Carolina, among others. He committed to Miami back in October of 2018.

Drew Kendall – DE – Norwell (MA) Noble and Greenough: Kendall is a 6’3″, 205 lb. prospect with offers from Boston College and Virginia.

Kalen King – CB – Detroit (MI) Cass Tech: King is a 5’10”, 165 lb. prospect with offers from Indiana and Iowa State, along with some MAC schools. Cass Tech has sent numerous players to Michigan over the years, including wide receiver Donovan Peoples-Jones, safety Delano Hill, and many others.

Kobe King – LB – Detroit (MI) Cass Tech: King is a 6’0″, 205 lb. prospect with the same offer list as his brother, Kalen (see above). Both brothers took their first post-offer visit to Michigan this past weekend, although they have been to campus several times before.

Tywone Malone – DT – Oradell (NJ) Bergen Catholic: Malone is a 6’4″, 290 lb. prospect with offers from Boston College, Nebraska, and Rutgers. It’s hard to believe this offer isn’t connected to new defensive assistant Anthony Campanile, who came from Boston College and the New Jersey area. Michigan has not been extremely active in that area recently, so perhaps the Wolverines are ramping things back up with Campanile now in Ann Arbor.

Here’s a list of visitors from this past weekend, including a bunch of 2021 kids (LINK).