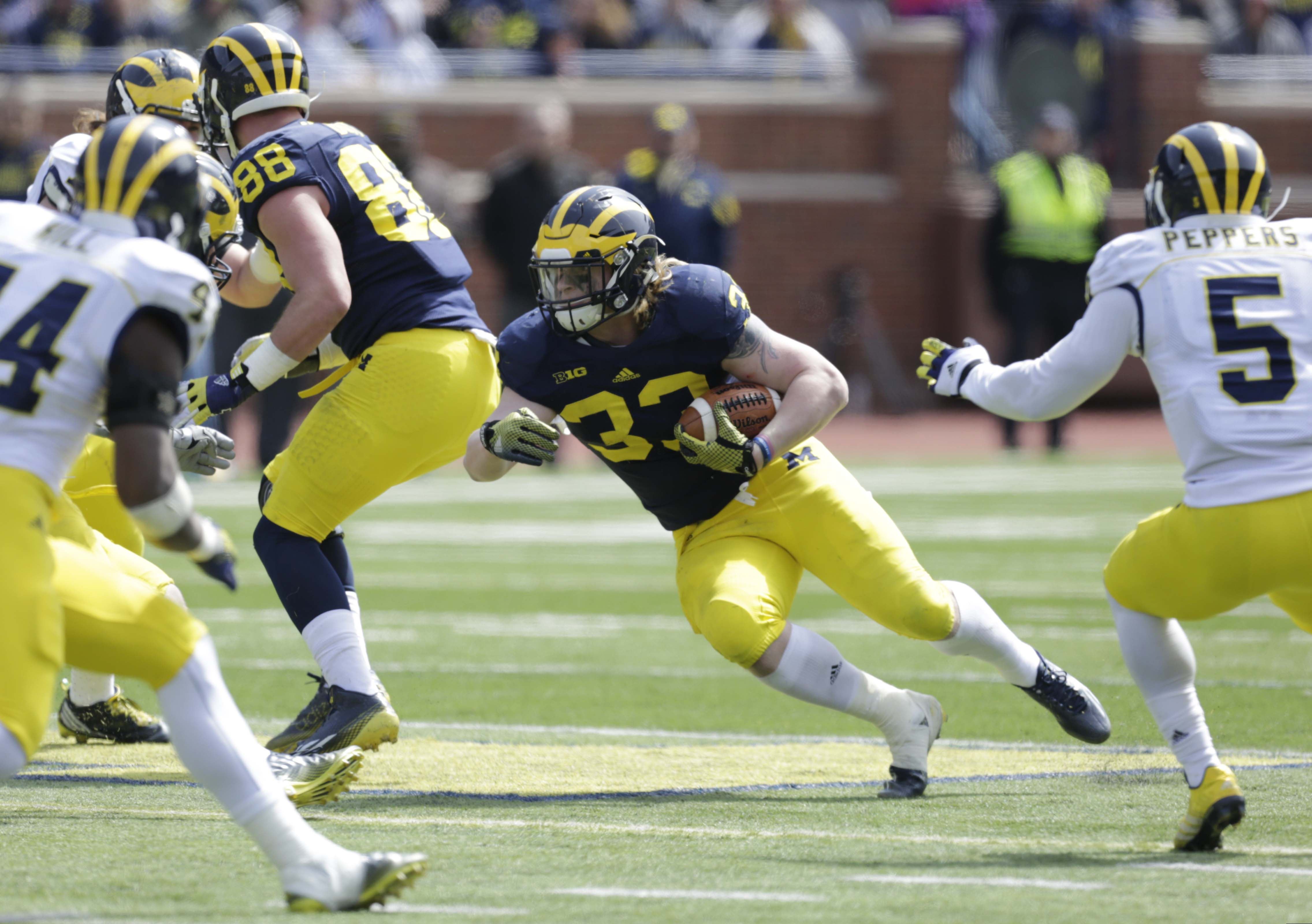 Shallman has bounced around a little bit so far in his career, playing some running back, fullback, and H-back. He came out of high school as somewhat of an athlete, and that’s still the category he inhabits. Even the coaches seem a little bit confused, as both Hoke’s staff and Harbaugh’s staff have bounced him around. The majority of his playing time in 2014 came on special teams.

In this year’s spring game, Shallman was used quite a bit as a tailback. Despite pretty good overall numbers at the position, injuries and such left Michigan short-handed, so Shallman and cornerback Ross Taylor-Douglas each got several snaps. Harbaugh has experience using jumbo-sized running backs in college, such as Toby Gerhart at Stanford. The Wolverines seem to have a stable of big running backs: De’veon Smith, Derrick Green, Ty Isaac, and Shallman are all between 228 and 244 lbs. Since Shallman is the least athletic of the bunch, I do not expect him to get a lot of carries. But if he can prove to be difficult to bring down, then he could be the staff’s go-to guy in short yardage situations and near the goal line. 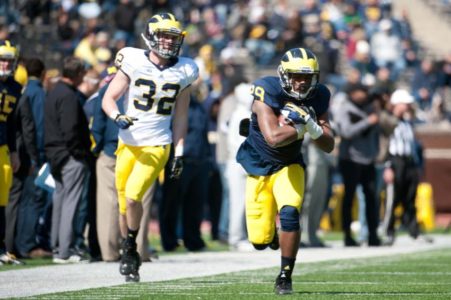 Name: Ross Taylor-Douglas
Height: 5’10”
Weight: 186 lbs.
High school: Avon (OH) Avon
Position: Cornerback
Class: Redshirt sophomore
Jersey number: #29
Last year: I ranked Douglas #69 and said he would be a backup running back. He played in ten games but did not record any statistics.

Taylor-Douglas – who changed his name from just Ross Douglas this past year – has bounced around during his first couple years on campus. Recruited as a cornerback, he moved to running back in the spring of 2014 to provide a little competition at a position he had played very well in high school. But with the running back rotation pretty set by the season, he moved to slot receiver. He played in ten games but was not utilized at all.

This spring he returned to cornerback officially, but that hasn’t stopped the coaches from using him elsewhere. When injuries slowed down a couple running backs, the staff threw him out there at tailback in the spring game for a couple carries. If nothing else, he’s a good option for the scout team to have in the offensive backfield. The path to playing on defense is blocked by a few guys, but the numbers at the cornerback position are limited. There’s nothing to suggest that anyone beyond Jourdan Lewis, Wayne Lyons, and Channing Stribling is ready to play. Taylor-Douglas should get a shot to play on special teams and probably a little on defense this season, but he will not be relied on heavily unless injuries become a serious issue. 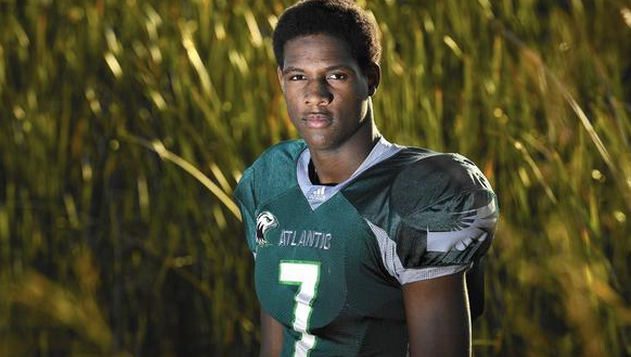 Johnson was a late pull out of Florida, a steal orchestrated by defensive coordinator D.J. Durkin, who was the Florida defensive coordinator for the past couple seasons. Johnson was offered in the middle of January, immediately scheduled a visit, and then spurned the favorite (Florida State) to move up north. Michigan fans can’t be anything less than intrigued after watching Johnson’s high school film where he shows a good combination of size, speed, and aggression.

Michigan has some “defensive ends,” but what the teams lacks is edge rushers. The Wolverines lost their top two sack artists from last season, and the top returners are senior Mario Ojemudia and junior Taco Charlton, who had 3.5 sacks each. The only other returning defensive linemen to get to the quarterback were tackles. Redshirt freshman Lawrence Marshall and senior Royce Jenkins-Stone are going to get their shots to come off the edge, but Johnson has a chance to step into the rotation as a freshman and help out with the pass rush. He will be a little light (he recently said he’s up to 235 lbs.) but I think he can still be a situational player. 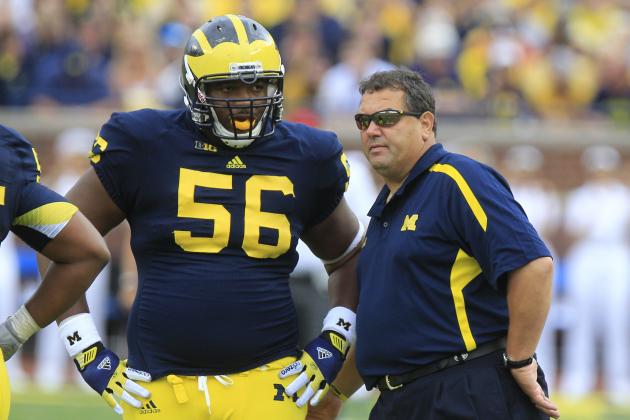 This is maybe the biggest drop in the short history of my season countdowns, but here Pipkins falls 38 spots since last year. He tore his ACL in October of 2013, and while he was not expected to recover from his ACL tear quite as quickly as smaller guys (Jake Ryan, Jake Butt, Russell Bellomy, etc.), I thought he should be somewhat effective toward the end of the year. Instead, he played in just six games and made 9 tackles. Meanwhile, players like Ryan Glasgow, Bryan Mone, and Maurice Hurst, Jr. got more playing time.

Pipkins’s time at Michigan will soon come to an end, and chances are slim that he lives up to the 5-star status he had coming out of Missouri as a high schooler. He still has the size to be a nose tackle, but the burst appears to be lacking and he probably can’t be much more than an eater of space. On top of that, all three of the aforementioned players return. Glasgow was effective, Mone showed more flashes than Pipkins ever really has, and Hurst earned some spring practice buzz to go along with his solid redshirt freshman season. The nose tackle position seems to be in good hands, but those good hands do not seem to belong to Pipkins.

UPDATE: Now that the news has broken about Pipkins’s transfer, I can “officially” say that I have expected his departure for the past couple months. Regardless, until it was announced by him or by the university, I was going to place him in the countdown where I saw him fitting in. Since he sits here at #66, you can see that I do not view this as a big loss. 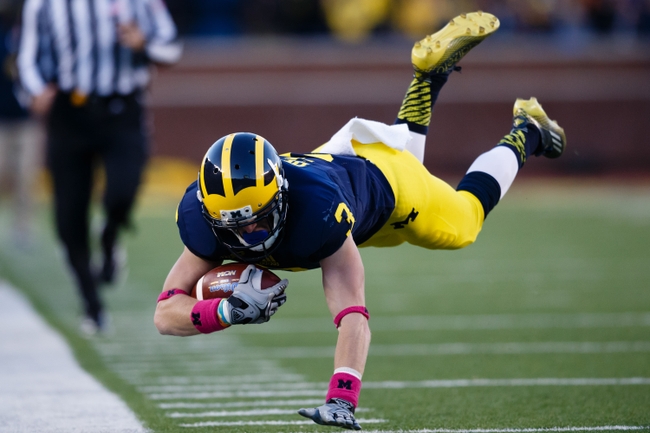 Dever saw some action in 2014, probably more than what most expected when he came into college. Brady Hoke was fond of large slot receivers, and Dever managed to start one game against Maryland. He also caught 1 pass for 26 yards against Indiana. Otherwise, he was not used much or targeted often. Still, that’s a pretty solid redshirt sophomore year for a walk-on.

Michigan has few established receivers going into the 2015 season. Amara Darboh is a possession guy, and Jehu Chesson seems to be a role player. Otherwise, the receiving corps is full of question marks. For the second year in a row, Dever got a fair amount of run in the spring game and looks like a guy who can catch an occasional ball. He is not going to beat anybody over the top or break any long runs after a catch, but Michigan is going to have to dink and dunk its way down the field unless a deep threat appears out of nowhere. It seems like Michigan is full of possession guys and not much else.