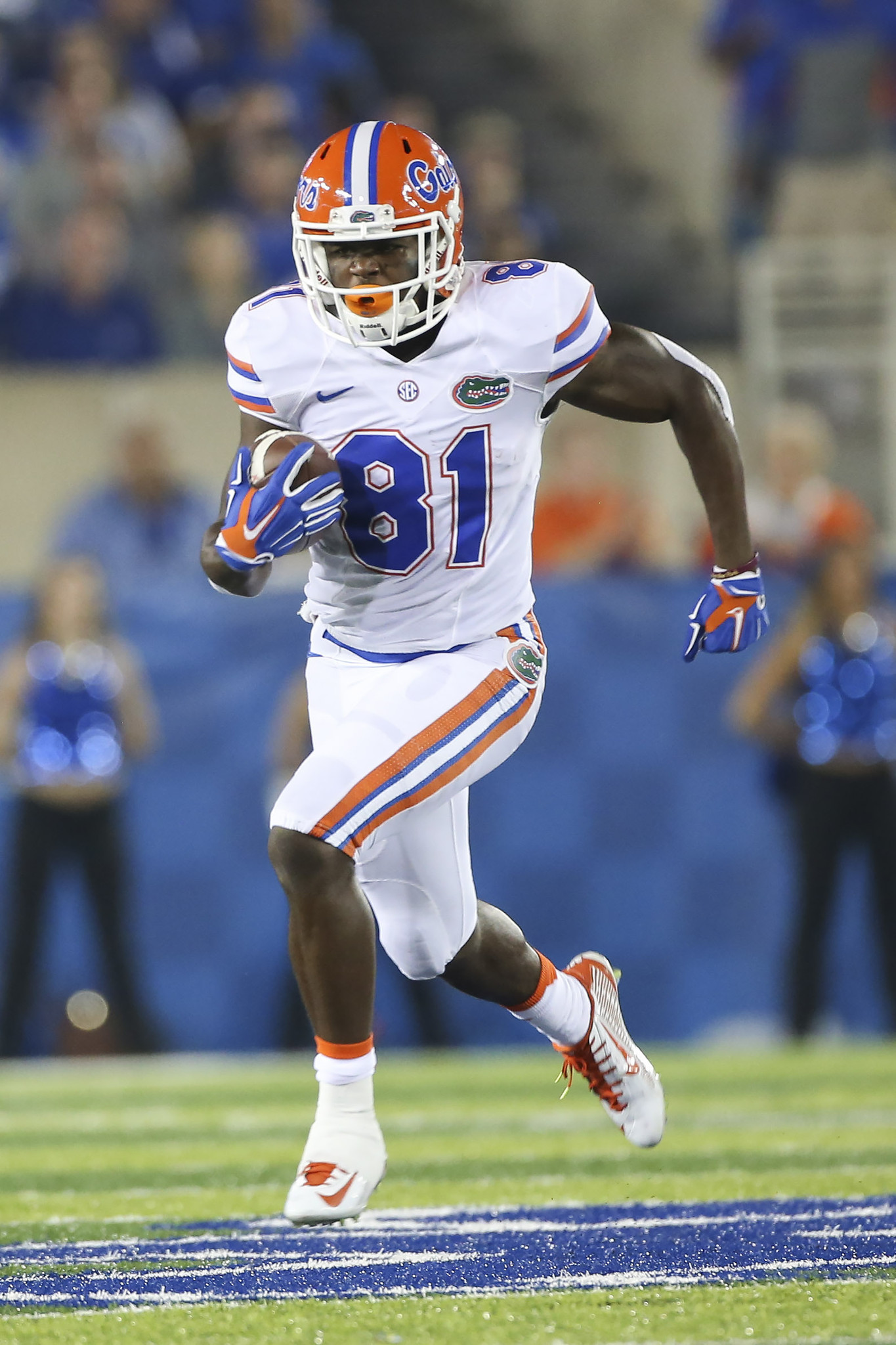 SPECIAL TEAMS
Michigan kicker offer Kenny Allen has the Wolverines at #40 in touchback percentage (47%). He is generally pretty good at his job. He is also pretty good at placekicking, where he is #34 nationally on field goals (16/20, 80%) and tied for #1 on extra points (41/41, 100%). He might need to revisit his punting skills, though, because starting punter Blake O’Neill is rumored to be out with a knee injury. O’Neill was #63 in punting average, but he was excellent at pinning opponents deep. Allen has punted just once in his career, a 51-yarder in 2013. Considering Florida’s defense, he should get several opportunities to prove his ability to do a third job. Michigan is #3 in kickoff return average at 28.4 yards/return. Jabrill Peppers is a capable returner, but he will probably miss the game due to injury. And anyway, the majority of kickoff returns have been handled by Jourdan Lewis (25.2 yards/return), while the lone return TD was by Jehu Chesson (46 yards/return on 3 attempts). Whether it’s Lewis, Chesson, or someone the coaching staff deems even better, the Wolverines are pretty solid. (Aside: Did you know that 63 teams – or about half of FBS teams – do not have a kickoff return of 60+ yards?) Meanwhile, Peppers is the only player to have handled even a single punt this season and averaged 11.4 yards/return, which was #21 nationally. I imagine that we might see Lewis back there, although Amara Darboh has experience at just being a sure-handed punt returner with little big-play ability.

Florida has a kicker with a big leg in Austin Hardin, who gets touchbacks 66% of the time, which is #13 nationally. However, he is not so good at the placekicking, where he is 5/14 (36%) on field goals and 24/27 (89%) on extra points. As a team, the Gators are #127 in field goal percentage and #123 in extra point percentage. That’s pretty terrible. Punter Johnny Townsend, on the other hand, is pretty good with a 44.9-yard average, which is #13 as an individual. Florida’s primary kickoff returner is slot receiver Brandon Powell (21.6 yards/return), and the Gators have not returned one for a TD. The dangerous guy on special teams for Florida is punt returner/wideout Antonio Callaway, who averages 15.5 yards/return and has scored TDs against LSU and Alabama. Michigan has struggled a bit with punt coverage when O’Neill wasn’t pinning teams deep, as the Wolverines allowed a punt return TD to Indiana’s Mitchell Paige and a big a return by Rutgers’ Janarion Grant. The Wolverines should be fine in most phases of special teams, as long as someone can just catch Townsend’s punts. But Callaway can make things happen in the return game. As a Michigan fan, I almost hope that Allen just punts the ball about 20 yards and out of bounds. Callaway is more dangerous on punt returns than Florida’s offense is in general.

INTANGIBLES
This is an opportunity for me to sound like a real homer, but Michigan appears to have an advantage when it comes to being focused on the game at hand. Here’s a list of Florida Gators who have been suspended for the bowl game or longer:

Meanwhile, here are their guys who have announced plans to leave early for the NFL:

There have been rumors coming out of Florida that many of the players appear disinterested in playing the bowl game, and some of the guys who have an eye on the NFL just want to get to that next stage in their lives.

As for the Wolverines, everyone who was suspected of being interested in the NFL has announced that he’s coming back next year (Jake Butt, Jourdan Lewis, Chris Wormley), except for DE/DT Willie Henry. Nobody has been suspended, as far as we know. Jabrill Peppers is injured and might not play, and it sounds like punter Blake O’Neill will also miss the game due to injury. Otherwise, Michigan should be pretty much whole, save for the long-term injuries suffered earlier in the year.