END_OF_DOCUMENT_TOKEN_TO_BE_REPLACED

Camden (NJ) Camden wide receiver Brad Hawkins, Jr. signed with Michigan in February of 2016, but he won’t be playing at Michigan this season. Rumors had been going around for months, but they became official today. Instead of playing at Michigan this year, he will enroll at Suffield Academy in Connecticut for a year of prep school. In case you’re wondering how prep school works, it’s basically an extra year of high school. That means Hawkins will have five years to play four starting in 2017, assuming he fulfills all the necessary requirements for NCAA eligibility.

Hawkins committed to Michigan in June of 2015 over offers from Auburn, Florida, Miami, Notre Dame, and Ohio State, among others. He was a 247 Composite 4-star, the #55 wide receiver, and #294 overall. He and teammate/fellow signee Ron Johnson, Jr. were chosen to participate in the Semper Fidelis All-American Bowl. At 6’1″ and 202 lbs. with a slow-ish forty time around a 4.7, many compared him to former Michigan receiver Jason Avant, while others thought he would play safety. I gave him a TTB Rating of 65 by the time the cycle was over (LINK).

Michigan recruited a lot of receivers in 2016, so this departure should not affect the team much on offense. However, the Wolverines are fairly thin at safety, and his presence could have provided depth on that side of the ball.

Michigan is down to 85 scholarships for the 2016 season (LINK), and that includes former walk-ons Kenny Allen and Ryan Glasgow. If no other departures occur, those two guys can get scholarships. Or there would be potential for Michigan to accept a transfer, though I have not heard of any possibilities on that front.

Going forward, it sounds like Hawkins wants to be a Wolverine, and Michigan recruited him pretty hard. It seems like there would still be interest remaining. But in the past, Michigan commits who have taken prep years have generally not ended up playing or contributing much at Michigan. Based on that, I do not expect Hawkins to enroll at Michigan in the future, but obviously that’s just guesswork at this point since nobody really knows. 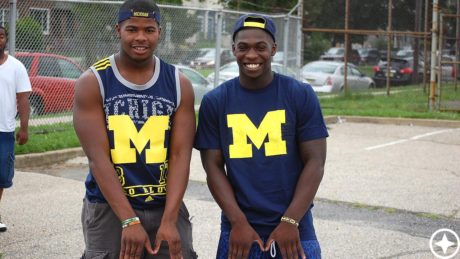 Hawkins, a teammate of fellow Michigan signee Ron Johnson, Jr., committed to Michigan in July 2015, choosing the Wolverines over the likes of Auburn, Florida, and Ohio State, among others. It was a very solid offer list for a guy who doesn’t show elite athleticism. Hawkins played some running back, wide receiver, and safety in high school, and he enters college with a chance to play wideout or in the secondary. Michigan is lacking depth at the safety position, but the plan is to start out on offense.

There were rumors floating around that Hawkins might have trouble qualifying to get into Michigan for the fall, so that may be something to watch. If everything works out, though, he will have a tough time working his way up the depth chart this season with everyone returning, including some pretty good starters. There are also four other potential receivers in the freshman class, including early enrollee Ahmir Mitchell. As perhaps the least athletic of the bunch, Hawkins looks to more of a guy who will take a year to redshirt so he can work on all the little things to either become a possession receiver or switch to defense. 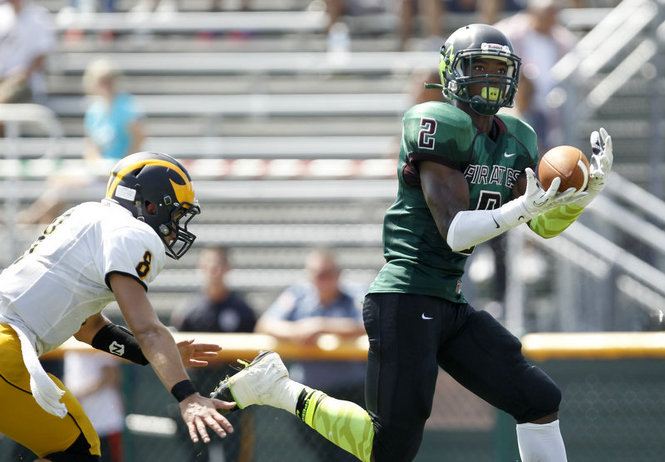 Hit the jump for the rundown on Michigan’s 2016 recruiting efforts at the wide receiver position.