Brandon Peters made a big leap in the new rankings

Rivals updated its top 250 for 2016 (LINK) after doing just the top 100 yesterday (LINK). Movement for Michigan commits since the last update in August:

Hit the jump for the full listing.

END_OF_DOCUMENT_TOKEN_TO_BE_REPLACED

2016
Quayshon Alexander – DE – Wayne (NJ) De Paul: Alexander is a 6’3″, 230 lb. prospect who committed to Nebraska in June; he also has offers from Arizona State, Iowa, Miami, Michigan, Rutgers, and Virginia Tech, among others. He’s a 247 Composite 3-star, the #31 weakside end, and #447 overall. He is a teammate of running back Kareem Walker (Ohio State) and offensive guard Thiyo Lukusa (Michigan State), the latter of whom transferred there this year after playing at Traverse City (MI) West. This is an official visit.

Brad Hawkins, Jr. – WR – Camden (NJ) Camden: Hawkins committed to Michigan this summer. You can check up on how his senior season is going here (LINK). This is an unofficial visit.

Ron Johnson, Jr. – DE – Camden (NJ) Camden: Johnson committed to Michigan over the summer. You can check up on his senior season here (LINK).

Jacob Mathis – TE – Tampa (FL) Berkeley Prep: Mathis is a 6’3″, 223 lb. prospect with offers from Florida, Miami, Michigan, and Ole Miss, among others. He’s a 247 Composite 4-star, the #9 tight end, and #276 overall. With Philadelphia (PA) Imhotep’s Naseir Upshur committing to Florida State and Bradenton (FL) IMG Academy’s Isaac Nauta looking like a Georgia lean, Mathis is emerging as perhaps Michigan’s top target at the tight end position. Florida appears to be the biggest contender for his services. This is his official visit.

END_OF_DOCUMENT_TOKEN_TO_BE_REPLACED

Rivals updated their top 250 players for the 2016 class today (LINK). A few changes for Michigan commits:

Beyond the jump are all the Michigan offerees on the list:
END_OF_DOCUMENT_TOKEN_TO_BE_REPLACED 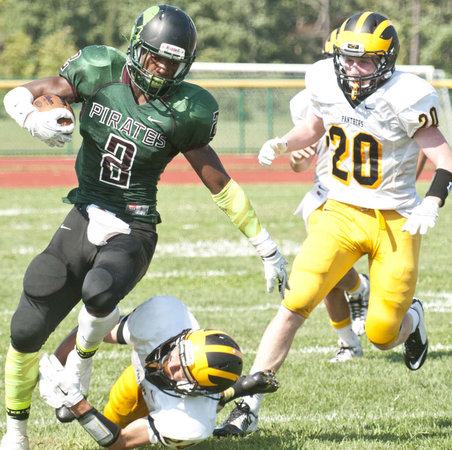 If you would like to donate to the site redesign drive, please use Paypal (on the left sidebar) or do some shopping on Amazon (LINK). My hope is to have the new site rolled out in the next week or two. Thanks for your support!
————-

With the exception of Gary, the players below will be in town Wednesday through Friday.

Brad Hawkins – WR – Camden (NJ) Camden: Hawkins is a 6’1″, 202 lb. prospect with offers from Auburn, Florida, Michigan, Notre Dame, Ohio State, Rutgers, and South Carolina, among others. He’s a 247 Composite 4-star, the #38 wide receiver, #203 overall, and #7 in the Garden State. As a junior in 2014, he caught 51 passes for 748 yards and 11 touchdowns while also rushing for 255 yards and 2 scores; on defense, he made 40 tackles and 3 picks, all 3 of which he returned for touchdowns. Michigan and South Carolina seem to be the two front-runners. UPDATE: Hawkins rescheduled his visit for July 18th.

Hit the jump for the rest of the visitors.

Ron Johnson, Jr. – DE – Camden (NJ) Camden: I did a scouting report on Johnson in late May (LINK). Much like teammate Hawkins, the choice seems to be between Michigan and South Carolina.

Ahmir Mitchell – WR – Egg Harbor City (NJ) Cedar Creek: Mitchell is a 6’3″, 206 lb. prospect with offers from Michigan, Notre Dame, Ohio State, and Rutgers, among others. He’s a 247 Composite 4-star, the #6 athlete, #77 overall, and #3 in his state. As a junior in 2014, he caught 47 passes for 881 yards and 12 touchdowns. I have heard some talk that some teams see Mitchell as a tight end eventually, but I think he looks like a guy who can remain at wide receiver. The Brady Hoke staff’s recruitment of Mitchell tailed off since they were basically the only team recruiting him as a safety, but things have picked up now and 77% of the 247 Sports Crystal Balls are in favor of Michigan.

Naseir Upshur – TE – Philadelphia (PA) Imhotep: I also did a scouting report on Upshur (LINK). Miami leads with 50% of the Crystal Balls, but Michigan is second with 29%. The Wolverines have also offered his teammate, 2016 offensive guard Johncarlo Valentin.

2017
Cesar Ruiz – C – Camden (NJ) Camden: Ruiz is a 6’4″, 290 lb. prospect with offers from Alabama, Auburn, Miami, North Carolina, Penn State, and Rutgers, among others. He’s a 247 Sports 4-star, the #1 center, and #257 overall for his class. There’s a good chance that Ruiz will be offered by Michigan on the visit, and if either or both of his teammates commit, that would be a strong pull to Ann Arbor for Ruiz.