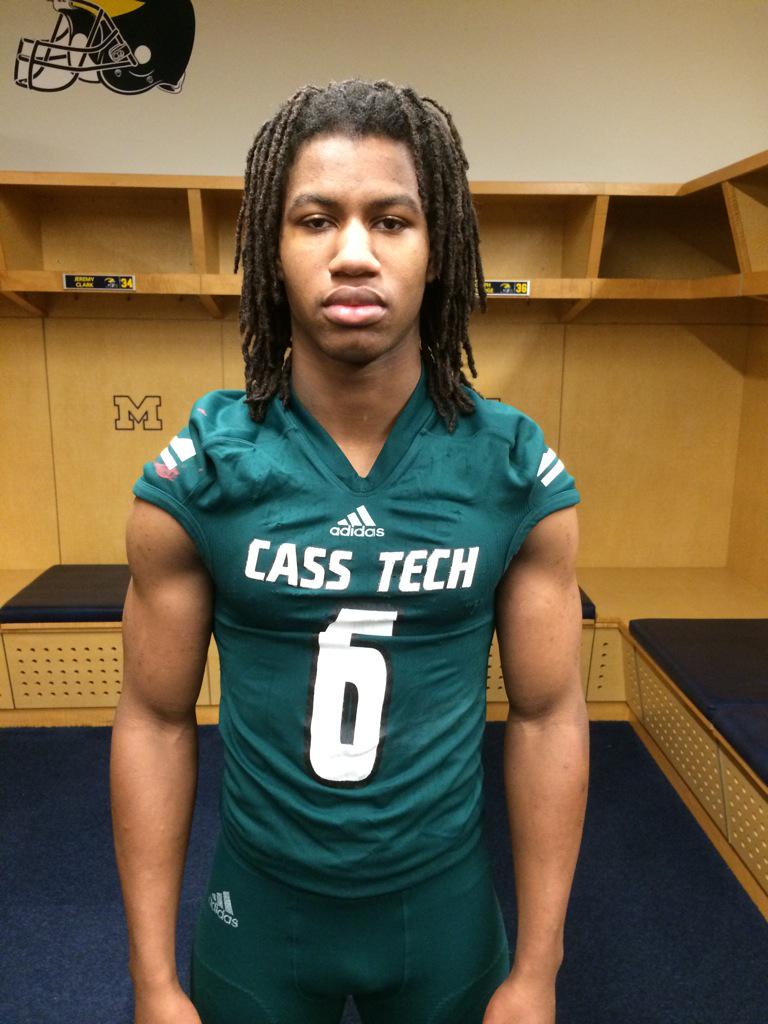 Here are the players who have been offered by Michigan: 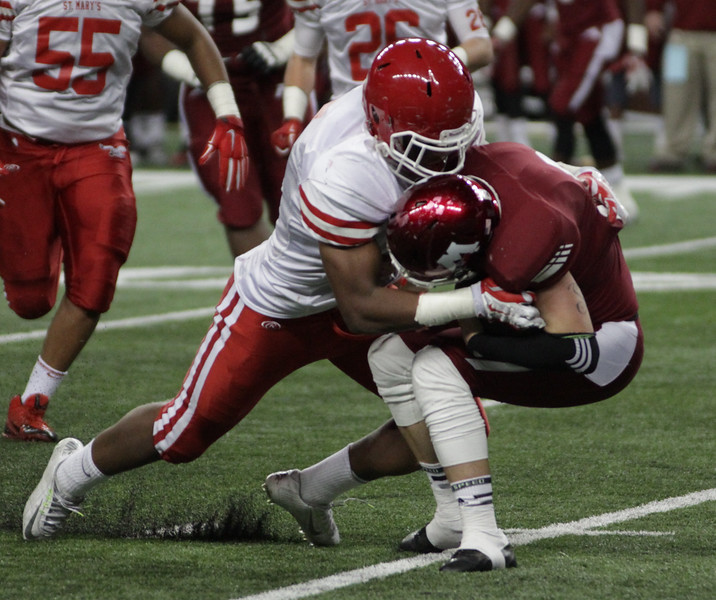 The other night, several 2016 prospects – and one 2017 player – were in town for Michigan’s basketball game against Michigan State. On Sunday for the Ohio State game, there will be more prospects on campus, including a couple of the top in-state prospects for 2017.

Rodney Hall – QB – Detroit (MI) Cass Tech: Hall, another 2017 prospect, is a 6’3″, 192 lb. prospect with no offers at this time. When senior quarterback Jayru Campbell – a one-time Michigan State commit – was suspended for the 2014 season, Hall stepped in as a sophomore. The lefty led Cass Tech to the state championship game.

Corey Malone-Hatcher – DE – St. Joseph (MI) St. Joseph: Malone-Hatcher is a 6’3″, 235 lb. prospect with offers from Iowa, Louisville, Michigan, Michigan State, and Ohio State. He’s a 247 Sports 4-star, the #4 weakside end, and #111 overall. Michigan’s staff under Brady Hoke offered him, so Jim Harbaugh and company may reaffirm the offer while he’s on campus.

John O’Korn – QB – University of Houston: O’Korn has been reported by some as being a done deal to transfer to Michigan, although nothing official has been announced. He started as a freshman at Houston (2,889 yards, 26 touchdowns, 8 interceptions) in 2013 and then took a step back last season. Now he’s looking to transfer somewhere, and Michigan seems a likely destination. If the transfer does become official, he will have to sit out the 2015 season and will have two remaining seasons of eligibility (2016-2017).

Joshua Ross – LB – Orchard Lake (MI) St. Mary’s: Ross is a 6’1″, 210 lb. prospect with offers from Michigan, Michigan State, and Oklahoma. He’s a 247 Sports 4-star, the #2 inside linebacker, and #56 overall. He’s the younger brother of Michigan senior linebacker James Ross III, who will be long gone by the time Joshua enters college.

Tim Walton – LB – Detroit (MI) Cass Tech: Walton is a 6’1″, 225 lb. prospect with offers from Cincinnati and a handful of MAC schools. He’s currently unranked in the 247 Composite, and I ranked him the #25 player in the state (LINK) last week. 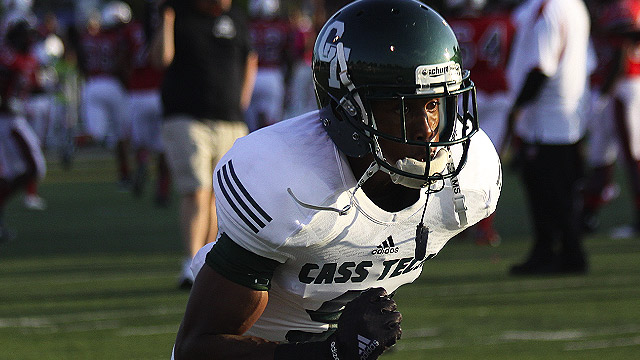 247 Sports updated their top prospect list for 2017 back in November (LINK), although I missed it at the time. Here’s what it looked like back in August of 2014 (LINK). At that time I included players who might have Michigan interest or vice versa. This time I’ll include only the players Michigan has actually offered. 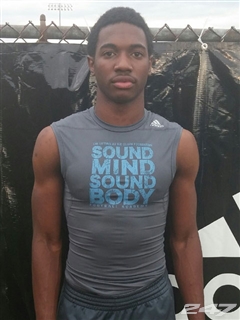 *Committed to Michigan
#Offered by Michigan 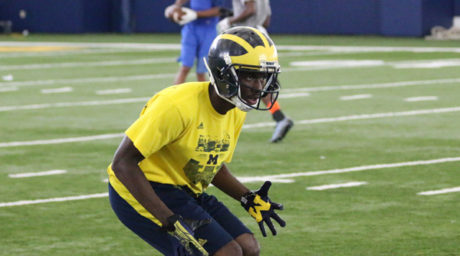 
Lavert Hill – CB – Detroit (MI) Cass Tech: Hill is a 5’11”, 165 lb. prospect with offers from Miami, Michigan, Ohio State, and Penn State, among others. He’s a 247 Composite 4-star, the #22 cornerback, #230 overall, and #6 in-state. His brother Delano is a sophomore safety for the Wolverines; Delano would probably be starting at strong safety if not for a broken jaw that is keeping him out temporarily.


Khalid Kareem – DE – Farmington Hills (MI) Harrison: Kareem is a 6’4″, 225 lb. prospect with no offers at this time. He attends the alma mater of Michigan juniors Devin Funchess and Mario Ojemudia.