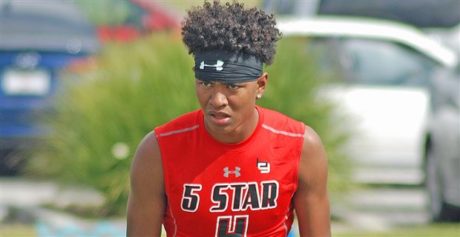 Bryan Addison – S – Gardena (CA) Junipero Serra: Addison is a 6’4″, 180 lb. prospect with offers from Arizona State, Michigan, Nebraska, UCLA, and USC, among others. He’s a 4-star, the #2 athlete, and #83 overall. Addison was supposed to make it to Ann Arbor for the BBQ at the Big House but was unable to make the trip, so this will be his first visit. It will be his second official after he already took one to Nebraska.

END_OF_DOCUMENT_TOKEN_TO_BE_REPLACED 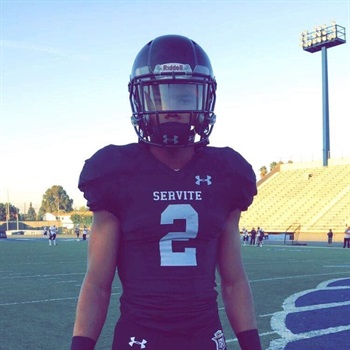 Anaheim (CA) Servite safety Julius Irvin was offered by Michigan. He’s a 6’2″, 182 lb. prospect with offers from Arizona, Arizona State, Notre Dame, Oklahoma, UCLA, and USC, among others. He’s a 3-star, the #25 safety, and #322 overall. Irvin looks like a combo safety who could play deep or come up into the box to support the run and the short passing game.

Ft. Lauderdale (FL) St. Thomas Aquinas defensive tackle Dejmi Dumervil Jean was offered by Michigan. He’s a 6’4″, 367 lb. prospect with offers from Louisville, Maryland, Mississippi State, and Oregon, among others. Saying Dumervil Jean is planet-sized is a disservice; he’s built like a gas giant. A pure nose tackle prospect, he hails from perhaps the biggest talent-producing school in the Sunshine State, where Michigan has failed to make inroads despite many attempts to do so.

Hit the jump for another new offer and a couple guys who committed elsewhere.