Well, that was a butt whoopin’. Everyone expected a Michigan blowout, but UConn couldn’t do anything. Other than an 18-yard scramble by quarterback Zion Turner, UConn’s longest plays were 9 yards, 8 yards, 7 yards. When’s the last time you saw a team only have one double-digit offensive play? That’s an odd thing to remember off the top of my head even if it’s happened in the last 20 or 30 years, but I don’t remember another time when that was the case. Altogether, UConn’s quarterbacks combined to go 5/20 for 24 yards. That’s 1.2 yards per attempt.

RUSH OFFENSE vs. UCONN RUSH DEFENSE
Michigan is #9 in rush offense (251 yards/game) and #4 in yards per carry (6.88). The team has rushed for 9 touchdowns, which is tied for #5. Keep in mind that those stats have come against a couple cupcakes. Blake Corum (164 yards, 2 TD) is the leading rusher, and the #2 guy is true freshman C.J. Stokes (96 yards, 1 TD). Star sophomore Donovan Edwards has an ankle injury and may not be available. Connecticut is #94 in rush defense (165 yards allowed/game) but is a little more respectable in yards per carry allowed (3.9). Junior inside linebacker Jackson Mitchell (6’3″, 227 lbs.) leads the team with 39 tackles, followed by senior Ian Swenson (6’2″, 215) with 25. The Huskies have decent size up front but the leading tacklers for loss are three guys with 2 TFLs each. I’m not expecting a dominant performance because Michigan hasn’t necessarily blown the first two teams off the ball, but the Wolverines should win this battle.
Advantage: Michigan

Okay, now it’s getting ridiculous. Last week I thought Michigan’s performance against Akron was a little bit of a fluke. It was the week after a big win over Notre Dame, Akron was supposed to be a patsy, etc. Now I’m concerned. Michigan should have been champing at the bit to get on the field and destroy a mediocre UConn team, and they were just as lackadaisical. During the half, I thought “This seems like a game where Michigan might reverse the momentum with a defensive or special teams touchdown.” Instead, after getting ball on the kickoff, Devin Gardner fumbled on a quarterback sneak when he ran into his own lineman, which was only slightly less embarrassing than Mark Sanchez’s butt fumble.

Bench Devin Gardner? No, don’t bench Devin Gardner (11/23 passing, 97 yards, 0 touchdowns, 2 interceptions, 3 sacks; 19 carries, 64 yards, 1 touchdown). Last night broadcaster Sean McCullough suggested considering a quarterback change, but that’s just a total lack of awareness of Michigan’s situation. Gardner has to get things sorted out, and that’s the bottom line. He needs to take better care of the football and refine his mechanics. Freshman Shane Morris isn’t going to be any better, and the only other options are walk-ons, since presumed backup Russell Bellomy is out for the year with a torn ACL. Gardner’s driving the bus . . . on the edge of a cliff.

The blocking up front is terrible. I’ve seen a lot of criticism of running back Fitzgerald Toussaint lately on blogs, Twitter, etc. lately. I’m really not sure what people expect him to do when he’s supposed to run a zone stretch and the combination of sophomore tight ends A.J. Williams and Devin Funchess (1 catch, 14 yards) are allowing three or four yards of penetration. Or when center Jack Miller chooses not to block the right guy, allowing nose tackles to knife through. Or when Michigan’s offensive line can’t get push on an iso. That’s not to mention the numerous times Connecticut got pressure on Gardner with a three-man rush where guards Graham Glasgow and Kyle Kalis were blocking air. Oh, and left tackle Taylor Lewan had a terrible holding penalty, and Glasgow had his third false start of the year.

Desmond Morgan has been watching Charles Woodson highlight tapes. That one-handed interception by middle linebacker Desmond Morgan (4 tackles, 1 interception) was extremely impressive for a guy whose athleticism has been questioned at times. He had a good drop, leaped into the air, pulled it down, and made a very nice return. Michigan proceeded to score the game-tying touchdown.

Michigan got out-coached. I haven’t said this often, at least not in the Brady Hoke era, but the Huskies’ coaching staff did a better job than the Wolverines’. I don’t even know where to begin. Did defensive coordinator Greg Mattison really expect defensive end/defensive tackle Chris Wormley (1 tackle, .5 tackles for loss, .5 sacks, 1 pass breakup) to cover running back Lyle McCombs on a wheel route? Touchdown. Michigan brings in two extra offensive linemen for a quarterback sneak, and instead of putting All-American left tackle Taylor Lewan on the interior to blow a Husky off the ball, they put redshirt freshman backup Erik Magnuson? Fumble, touchdown for UConn. Freshmen killed Michigan on special teams, too:

The demise of Fitzgerald Toussaint has been greatly exaggerated. Toussaint isn’t the type who can create something out of nothing like Barry Sanders or run over people to gain two or three yards if the hole is plugged up. What he can do is take a little bit of space and exploit it. He had 24 carries for 120 yards and 2 touchdowns, including a 35-yarder on an option pitch that showed nice vision and quickness.

Hooray for Michigan’s pass rush. Granted, it was against UConn, but Michigan still tallied 4 sacks on the night. Two came from weakside end Frank Clark, and four other guys notched a half-sack each: Jibreel Black, Mario Ojemudia, Raymon Taylor, and Wormley. I thought Clark specifically looked a little more energized, and it was nice to see Mattison dial up a corner blitz from Taylor. 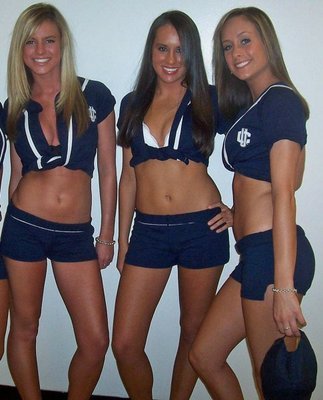 Rush Offense vs. UConn Rush Defense
The Wolverines have better rushing statistics than it might seem; they’re averaging 4.96 yards/carry, but that’s propped up by quarterback Devin Gardner’s 30 carries for 237 yards (7.9 yards/carry) and 4 touchdowns. Running back Fitzgerald Toussaint (55 carries, 199 yards, 3.6 yards/carry, 3 touchdowns) looks recovered from his broken leg, but the offensive line is struggling to open holes. Primary backup Derrick Green has just 2 carries for 2 yards in the last couple games, so he’s not really a factor in tight games. UConn’s opponents are averaging 4.57 yards/carry; that list of opponents includes Maryland and FCS team Towson. Redshirt junior linebacker Yawin Smallwood (6’4″, 236 lbs.) leads the team in tackles with 30, and the next guy on the list is redshirt freshman safety Obi Melifonwu (6’4″, 208 lbs.) with 15. Melifonwu and and fifth year senior strongside end Tim Willman (6’4″, 267 lbs.) lead the team with 1.5 tackles for loss each. The Huskies have decent size up front with redshirt senior weakside end Jesse Joseph (6’3″, 262 lbs.), redshirt senior defensive tackle Shamar Stephen (6’5′, 313 lbs.), and redshirt sophomore defensive tackle Julian Campenni (6’0″, 298 lbs.). If UConn uses their vanilla 4-3 Over front, Michigan should be able to handle the front four pretty well, but Smallwood can fly all over the field. My guess is that Michigan’s offensive linemen come out angry and create some of the holes that were lacking against Akron last week.
Advantage: Michigan

Pass Offense vs. UConn Pass Defense
Gardner has been up and down this year, completing 47/78 passes (60.3%) for 704 yards, 7 touchdowns, and 6 interceptions. He has made some poor decisions in the passing game, and he has a tendency to lock onto his favorite receiver, Jeremy Gallon (18 catches, 297 yards, 4 touchdowns). Sophomore tight end Devin Funchess is the next most targeted receiver (7 catches, 131 yards, 1 touchdown), but the other guys have been somewhat pedestrian. One potential breakout player is 6’3″, 196 lb. redshirt freshman Jehu Chesson, who caught a 33-yard touchdown pass last week and could develop into a deep threat. Melifonwu and senior cornerback Taylor Mack (5’9″, 175 lbs.) have the team’s only two picks thus far, but Melifonwu in particular is speed-deficient and could be taken advantage of in the passing game. As for the pass rush, well . . . Connecticut has zero sacks in two games. Smallwood had 3.5 last year, but 22.5 of their 33 sacks graduated after last season. They would be smart to run some twist stunts to confuse the young offensive guards, but as for pure athleticism and skill, it’s not really there.
Advantage: Michigan

Rush Defense vs. UConn Rush Offense
Redshirt junior running back Lyle McCombs (5’8″, 175 lbs.) averaged 3.54 yards/carry in 2012, and this year he’s all the way up to 3.58. He’s the only significant ball carrier for the Huskies. Sixth year senior left tackle Jimmy Bennett (6’9″, 307 lbs.), redshirt senior Steven Greene (6’5″, 308 lbs.), redshirt junior Alex Mateas (6’4″, 315 lbs.), redshirt junior Gus Cruz (6’4″, 309 lbs.), and redshirt sophomore Xavier Hemingway (6’5″, 273 lbs.) make up the line from left to right. Michigan holds opponents to 3.45 yards/carry, and the front seven is considered to be a strength, especially against pro-style running teams. Connecticut can’t outmuscle the Wolverines if fifth year senior nose tackle Quinton Washington and/or sophomore nose tackle Ondre Pipkins is on the field. Junior middle linebacker Desmond Morgan and sophomore weakside linebacker James Ross are both very good against the run, so McCombs should find it to be tough sledding. I doubt the Huskies will be able to do much in the running game.
Advantage: Michigan

Pass Defense vs. UConn Pass Offense
Redshirt junior Chandler Whitmer (6’1″, 193 lbs.) is the Huskies’ quarterback. He completed 57.6% of his passes for 2,664 yards, 9 touchdowns, and 16 interceptions as a starter last year, and this year he’s upped that percentage to 60.8% while throwing for 3 scores and 3 picks. Redshirt junior Shakim Phillips (6’2″, 209 lbs.) is his favorite target with 15 catches for 255 yards and 3 touchdowns; classmate Geremy Davis (6’3″, 215 lbs.) led the team in receiving in 2012 and has 10 catches for 154 yards this season; and junior slot receiver Deshon Foxx (5’10”, 172 lbs.) has 4 catches for 54 yards. Meanwhile, Michigan has 5 sacks thus far, 4 of which have come from SAM linebackers Brennen Beyer and Cam Gordon. The Wolverines also have 5 picks, 3 of them dropping into the hands of redshirt sophomore corner Blake Countess. Michigan’s defensive backs seem to be playing too far off their receivers this year, causing too few breakups and some easy completions. Unless that philosophy changes, I expect a lot of short completions and then some shots down the field.
Advantage: UConn