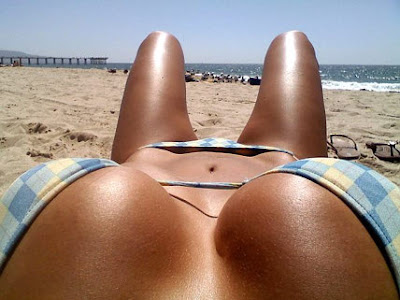 I hope this makes you feel better.

Reports and statements after practice today strongly suggest that senior cornerback Troy Woolfolk dislocated an ankle today. If that rumored prognosis is accurate, Woolfolk will most likely miss the entire 2010 season.

Who will take Woolfolk’s spot at cornerback?
This practically cements the starting cornerbacks as redshirt sophomore J.T. Floyd and true freshman Cullen Christian. Floyd was probably set to be the #2 cornerback. Christian is the most talented of three incoming freshmen at the position, with more talent and potential than Terrence Talbott and Courtney Avery. Senior cornerback-turned-wideout-turned-cornerback James Rogers will also be in the mix.

Will any position changes occur to fill the void at cornerback?
Michigan doesn’t have the talent or depth at other positions to move many guys. Sophomore Teric Jones played cornerback last year but moved to Bandit in the spring. When redshirt freshman J.T. Turner decided to transfer last week, head coach Rich Rodriguez stated that Jones would get practice reps at Bandit and cornerback. I imagine that Jones will make a full-scale move to cornerback now. Another option is true freshman D.J. Williamson, a 6’1″, 170 lb. receiver who played a little defense in high school. Longshots to move include true freshman safety Ray Vinopal and redshirt junior safety Michael Williams, who has seemingly been squeezed out of the competition at Spur. None of these players should be considered as challengers for the starting cornerback job, however.

How did the depth at cornerback get so . . . shallow?
From the Class of 2007, wide receiver/cornerback Zion Babb ran off after Rodriguez arrived in Ann Arbor. Five-star cornerback recruit Donovan Warren entered the 2010 NFL Draft early, only to go undrafted. Cornerback/safety recruit Michael Williams suffered a knee injury and moved to safety full-time after Ron English was let go.

From the Class of 2008, Boubacar Cissoko took stupid pills once he arrived on campus and was booted from the team in mid-2009.

From the Class of 2009, athlete recruit Denard Robinson was pegged by some teams as a cornerback; he came to Michigan as a quarterback and has seemingly taken the lead in the race to be behind center in 2010. J.T. Turner arrived on campus out of shape and remained out of shape; he decided he’d had enough of Mike Barwis and his crazy “stay in shape” demands, so he received his transfer papers last week. Robinson’s high school teammate Adrian Witty failed to qualify initially, and then once he qualified, Michigan’s Admissions department failed to admit him for January 2010.

From the Class of 2010, prized defensive back recruit Demar Dorsey failed to meet Michigan’s admissions standards (and apparently Louisville’s, too). The late pursuit of Dorsey may have curtailed Michigan’s chase for a couple potential mid-level cornerback recruits, particularly Rashad Knight and Tony Grimes. Athlete recruit Conelius Jones failed to qualify.

Overall, that’s nine potential cornerbacks who are either playing other positions (Michael Williams, Denard Robinson) or no longer on the team. I can’t blame Lloyd Carr or Rodriguez for most of those position changes and such. However, the handling of the cases of Adrian Witty, Demar Dorsey, and Conelius Jones should come into question now. Why were those three allowed to sign Letters of Intent if they weren’t qualified? At such an important position – and one in such dire need – Rodriguez couldn’t afford to hand out scholarships to kids who would never play a down for Michigan. He did anyway. I hope I’m wrong, but this could be a major failure of the Rodriguez regime at Michigan.

Are there any positives that could come of this?
Well . . . uhhh . . . since Woolfolk played as a true freshman in 2007 (a waste of a redshirt at the time), he’s only a fourth year senior this season. He could possibly regain his health enough to play as a redshirt senior in 2011.

How much does this impair Michigan on the field in 2010?
Significantly. The likely starter at free safety is a true freshman who changed positions from wide receiver in the spring. One starting cornerback is a guy who many (including me) believed should be a safety . . . that is, if Michigan had enough depth at cornerback to move him. The other starting cornerback is either James Rogers, a senior who has barely seen the field in three years, or a true freshman. Michigan’s defense was going to be bad in 2010, anyway. The loss of Woolfolk not only affects the passing game negatively, but also exchanges a solid tackler for an 18-year-old kid who admittedly needs to improve his tackling (Christian). This injury probably lowers Michigan’s win total by one or two games.