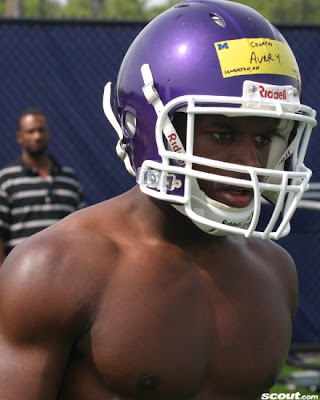 Avery is a 3-star cornerback out of Ohio, who was also Lexington’s starting quarterback. And a very good quarterback, at that. There has been some talk from opposing coaches that if Avery were a few inches taller, he’d probably be playing quarterback in college. Avery is just a good overall athlete, and has a chance to be a very serviceable corner for the Wolverines.

But that probably won’t happen this year. The word is that the coaches really like his potential, but he’s probably not physically (165 lbs.) or mentally (he was the starting QB) ready to play just yet. I imagine he’ll have at least a year of sitting on the bench before earning some playing time. It’s important for him to get to a decent playing weight of 180-185 lbs., but with Troy Woolfolk graduating after this season, Avery could battle for a starting job as a redshirt freshman.