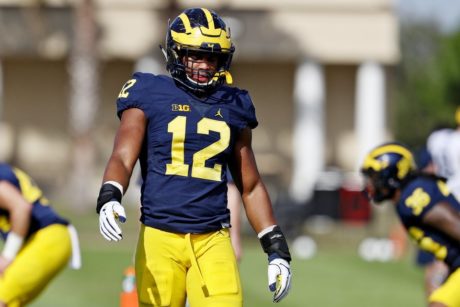 The coaching staff did find him worthy of burning his redshirt, and I think that’s noteworthy going into the 2018 season. Jordan Anthony and Drew Singleton kept their redshirts, but they got Ross’s feet wet. Now he appears to be in a battle for the WILL linebacker position vacated by McCray, with the other candidates being Josh Uche and Devin Gil. I think Gil has the inside track with Uche beind a wild card, since Uche has bounced around a bit. But out of those three, the guy with the highest upside at inside linebacker is Ross. I view him as someone who could start to steal more and more snaps as his career progresses and push some other guys to the side.