If you want to support the website, please use the links to Amazon (LINK):

Jalen Berger – RB – Ramsey (NJ) Don Bosco Prep: Berger, who attends Jabrill Peppers’ former powerhouse program Don Bosco, is a 6’0″, 187 lb. prospect with offers from Alabama, Michigan, Ohio State, and Penn State, among others. He’s a 4-star, the #5 athlete, and #50 overall. He’s pretty slightly built for a running back and plays a few different spots, so he could end up at a lot of different positions (RB, slot receiver, CB, or S). So far he has two crystal ball picks for Ohio State. He was at Michigan on Wednesday. 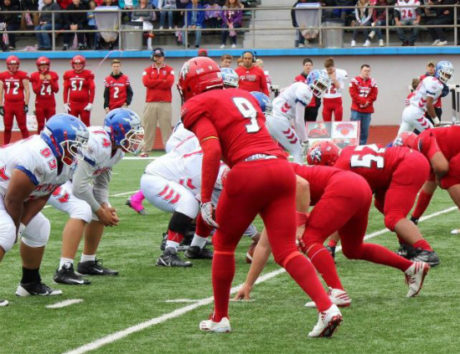 It’s been a while since I’ve done a 2020 recruiting update, but I’ll combine it with a few bits from the last week on the 2018 class.

Brooklyn (NY) Poly running back Lamy Constant (formerly Lamy Montini) was offered by Michigan, his first. He’s a 6’0″, 188 lb. prospect with one other offer from Boston College. He attends the same school as Georgia-bound offensive tackle Isaiah Wilson.